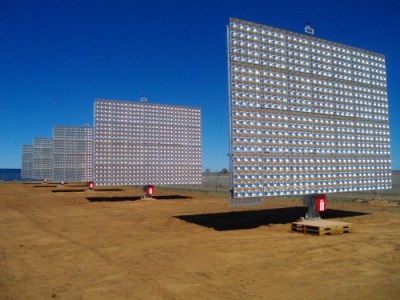 Google has invested €3.5 million (roughly $5 million) in a German 18.7-megawatt solar power plant in a small town near Berlin.

It’s Google’s first investment in clean technology outside of the United States, and it’s made the investment with German-based private equity firm Capital Stage.

The solar power plant occupies around 116 acres and can generate enough power for around 5,000 homes. More than 70 percent of the panels installed at the plant are manufactured in Germany.

The US solar power industry seems to be doing well and is on track to have a good year, but it looks like there is more interest in solar panel technology internationally — particularly in Germany and Japan. That’s because a massive surge in residential solar panels in Germany and Japan fueled consumer demand for small-scale solar power projects, according to a report by Pew.