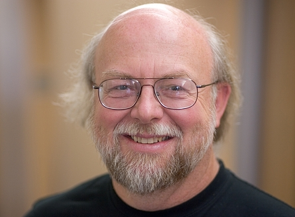 James Gosling, father of the Java programming language at Sun Microsystems, has announced that he will be taking up a new, undisclosed position at Google.

The news comes at an time when Oracle is suing Google for copyright and patent infringement concerning Google’s use of Java in its mobile operating system, Android.

Perhaps the most qualified person to speak on the infringement, Gosling has been critical of Oracle’s decision to go after Google, stating that “filing patent suits was never in Sun’s genetic code.” It’s possible that in addition to his day-to-day operations at the company, he may play a valuable part in Google’s fight against the lawsuit.

Speaking about his new position, Gosling said in a blog post that he sees it being “interesting fun with huge leverage,” adding that he is unsure what he will be working on as of yet.

Joining Sun in 1984, Gosling remained at the company for 26 years until it was bought by Oracle last year, when he chose not to stick around due to issues with compensation and a lack of authority in his new employer.

“Just about anything I could say that would be accurate and honest would do more harm than good,” Gosling said in a blog post after the acquisition, humorously calling out Oracle CEO Larry Ellison as “the Prince of Darkness.”