If there’s any sign that Google is up to something in the gaming business, the hiring of Marks is a big clue. In January 2018, Google hired Phil Harrison, the former head of Sony’s game research and development and worldwide studios, as a vice president and general manager.

Google has also hired scores of other game-related talent, including former PlayStation Home chief Jack Buser, Xbox Live Arcade creator Greg Canessa, and a number of other folks. The Information reported that Google was working on a service, codenamed Yeti, to stream games Chromecast style to a Google-made game console. 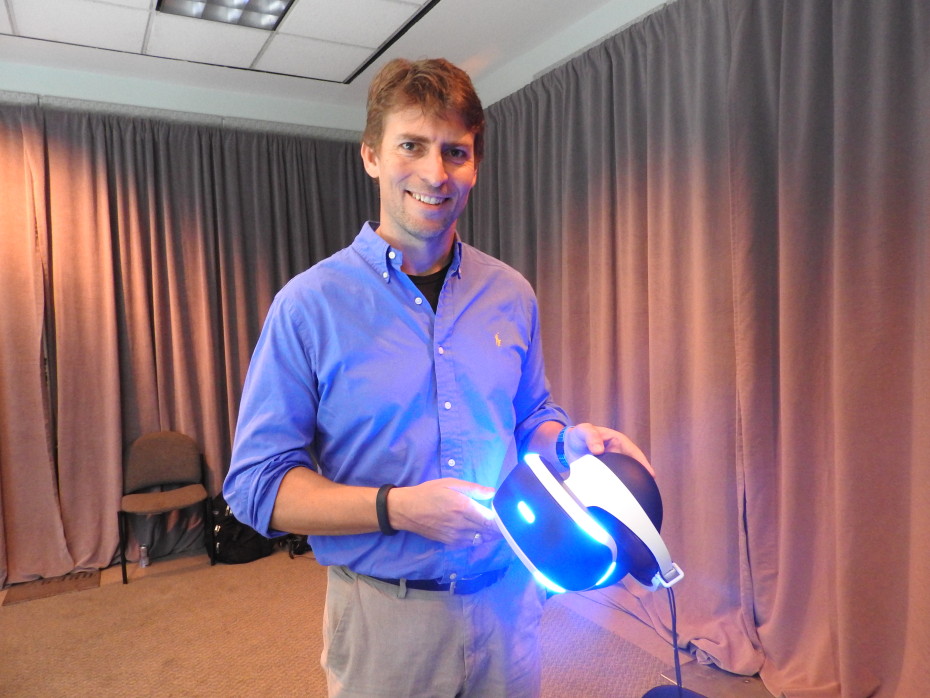 Google hasn’t acknowledged anything except hiring Harrison. Marks, who spoke at our GamesBeat Summit conference in 2017, worked at Sony since 1999, and for much of that time he ran Sony’s Magic Lab, a small group dedicated to far-out ideas for video game technology. He has a doctorate in philosophy, aeronautics, and astronautics from Stanford University. He got his bachelor’s in aeronautical and astronautical engineering at the Massachusetts Institute of Technology.

Back in 2016 at a GamesBeat event, Marks said he saw VR as social.

“There are a lot of different social things going on,” said Marks. “That social experience of being in another place with somebody — there’s nothing really else like that. It’s one of the most powerful things about VR.”

We’ve reached out to Sony for comment. Google said Marks has joined the Google’s Advanced Technology and Projects group (ATAP) at Google.

In a statement, Google said, “ATAP is at the intersection of science and application where our goal is to solve significant problems and close the gap between what if and what is. We’re super excited about Richard joining the senior team and look forward to his contributions.”