Just a few days after launching Chrome Remote Desktop for iOS, Google is testing support for Chromebooks. The new feature is available now in the Chrome OS development channel.

Developer and Google open-source Chromium evangelist François Beaufort spotted the addition in the Chromium Code Reviews for the latest Chrome OS test build. The feature is no longer hidden behind a flag that you first have to enable — just launch the Chrome Remote Desktop app and click on the green “Share” button. 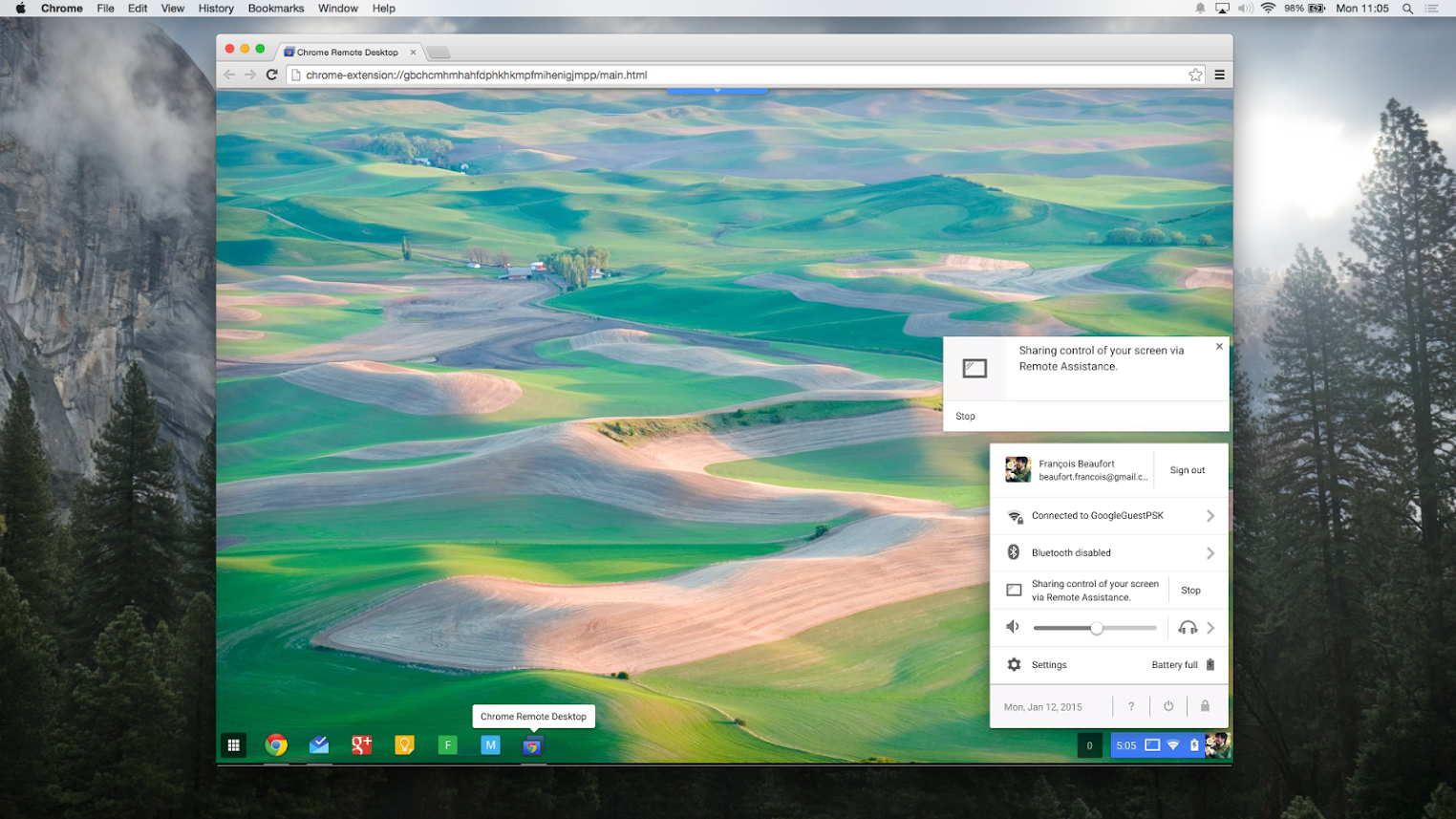 Chrome Remote Desktop first launched out of beta in October 2012, but at that point it only worked via the Chrome browser on Windows, Mac, and Linux. In addition to computers, Android and iOS apps have since been released, and now Chrome OS appears to be next.

Once Chrome OS gets the feature in the stable channel, Chromebook owners will be able to access their devices remotely from other laptops, or on the go from their Android or iOS mobile devices. For now, if you want to do this, you’ll have to switch to the Chrome OS development channel.

In case you’re not familiar with the “channels” Google uses for Chrome OS (as well as Chrome), it’s basically the company’s system for letting users test the latest features and fixes that aren’t quite ready. All Chromebooks ship with the stable channel enabled, but if you don’t mind dealing with bugs, you can try the latest and greatest by switching to the less-stable beta channel or the least-stable development channel.

If a feature arrives in the development channel, it’s likely it will at some point find its way in the beta channel and then later the stable channel. When exactly Chrome Remote Desktop will support all Chromebooks, we can’t say, but we’d wager it will arrive in a few months or so.