Google has revealed that it’s giving away its high-speed Fiber Internet access for free to all residents living in all public housing properties that have Google Fiber available. In partnership with the U.S. Department of Housing and Urban Development, as well as a number of local partners, the news follows the initial announcement made by Google last summer.

It’s worth noting that today’s news won’t open the floodgates to nationwide free Internet access — Google Fiber is still only available in a select handful of markets, including Kansas City, Austin, and Provo, Utah. But major expansion plans are on the horizon, with the likes of San Antonio, Nashville, and Atlanta in the mix. Major conurbations such as Chicago and Los Angeles are on the radar too. 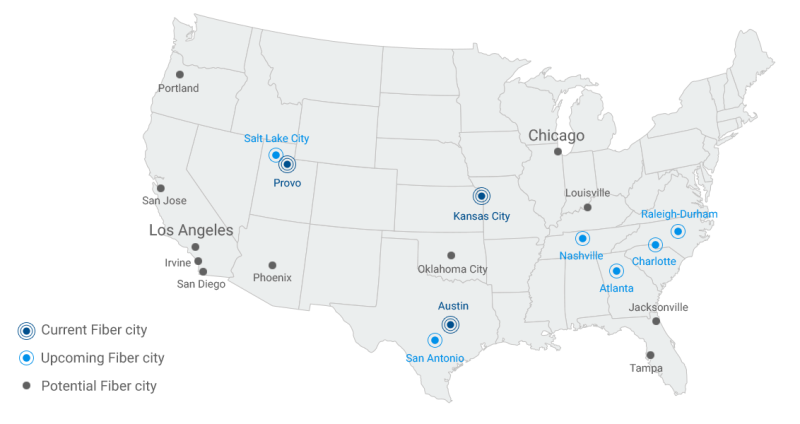 For now, the gratis Gigabit Internet program is kicking off at West Bluff in Kansas City, and Google said that it has wired all 100 homes with Fiber, with residents able to sign up from today. The company added that it’s working with local affordable housing providers across Kansas City to connect up to nine properties, which it hopes will reach more than 1,300 families in the region.

Rolling out its high-speed Internet across the U.S. isn’t cheap; in Alphabet’s earnings earlier this week, the company’s “Other Bets,” of which Fiber is a part, made a $3.6 billion operating loss in 2015. But this is a long-term bet from the company — investing in and controlling the infrastructure required to deliver its myriad of online services is a major part of its plans.