Google has become almost ubiquitous with online advertising at this point. But it doesn’t control all facets. Specifically, in terms of display ads, Google is neither running many on its sites or buying much to promote its brand. But some of its rivals are, according to comScore’s new June numbers.

Yahoo, AOL and Microsoft all place ahead of Google on the top ad publisher list. These are the sites that run the most display ads. The search giant controls just 1.5 percent on the display ad share, while Yahoo, for example, controls 10.5 percent.

Of course, it has to be noted that by far the top publisher on the list is Fox Interactive Media — which includes the social network MySpace, which has an advertising deal with Google. It controls 15.9 percent of the display ad market. 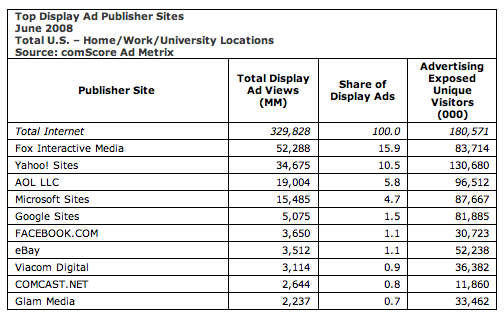 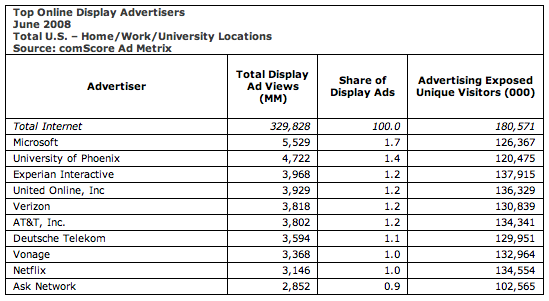