All of it is squarely focused on mobile performance.

“We’ve hit an inflection point,” Google’s VP Jerry Dischler, who heads up product management for search ads, told me yesterday. “There are now more Google searches on mobile than on desktop in ten countries, including the U.S. and Japan.”

“We’ve anticipated this moment, seen this trend coming for several years now, and have been investing ahead of the opportunity.”

Google may indeed have seen the opportunity and been investing ahead of the curve, but it’s also clear that the vast proliferation of hundreds of mobile ad networks, mobile ad exchanges, and ecosystem of demand-side platforms and supply-side platforms, data management platforms, and attribution companies grew mostly due to a gap in the market — a void that AdWords did not leave on the web, its home and native land.

That’s an error of omission, perhaps. But it’s one that Google intends to rectify, and ASAP. “We’re refreshing AdWords for the mobile era,” a Google representative told me via email.

The refresh is major and comprehensive, although doubtless there is much more to come.

It starts with new ad units for mobile, where interactive advertising that is native to mobile is steadily usurping the position of once-ubiquitous text ads and banner ads. It continues with cross-device conversion tracking, in which Google uses one of its best assets — virtually unprecedented scale — to enable advertisers to track seemingly chaotic customer journeys from desktop to phone to tablet, and attribute revenue to ad spend accordingly. It includes a new dynamic search ad unit that automatically updates when you update your website. And it also features a very impressive and simple solution to in-store ROI tracking of digital advertising, which will be expanding globally from a small North American beachhead. 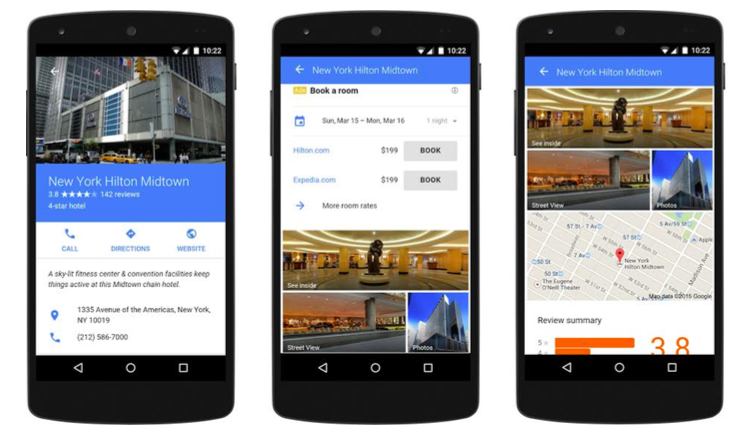 The new ad units are rich, interactive, visual, and built specifically for certain vertical markets. There’s ads for cars: Think gallery tour of the car inside the ad. There’s a new unit for hotels: Check it, price it, book it. And there’s one coming later this year for mortgages: Find rates, compare options, speak to an advisor, all from within the ad.

To help you manage your spend according to as-real-as-can-be results, Google is also unveiling AdWords attribution, a new product to tell you more about what influenced a purchase. Available immediately, you can make attribution more data-driven by applying your own data to your keywords and ads results. Later this year, a cross-device conversion engine will be added into AdWords’ automated bidding.

Most impressive of all, however, is a store visit measuring stick that is currently in limited use in the U.S., Canada, and Australia, and will be rolling out globally shortly. 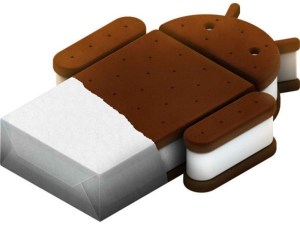 Above: Google’s ownership of the largest mobile operating system and app ecosystem gives it strong leverage in mobile advertising.

This product uses a plethora of data, from Google users who share their location data, to info from the Google geo team that has mapped hundreds of millions of buildings, to a panel of a million Google users that the company can query with questions like: “Are you in Target right now?” Adding up the data — aggregated and anonymized — gives Google good directional data on store visits.

Cross-referencing that with users who saw local ads for the locations that they’re currently in helps Google measure store traffic and ad ROI. Clearly, that’s a derived and estimated number — Google says it’s a scalable approach that does not require any set-up — but Google is confident enough in the analytics to say that it is a valid measure of return on investment.

We live in a world of multiple devices, complex and shifting contexts, and immediate intent, and Google is clearly focused on being the thread that binds those elements together in the moment of purchase and in the “micro-moments” of the customer journey. In other words, Google wants to be the glue between advertisers and consumers: on the web, in mobile, and beyond.

The company has a good shot at it. 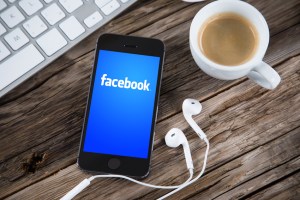 Facebook plays well in our app-centric mobile world, with major apps like Instagram, WhatsApp, and — of course — the Facebook app itself collecting massive audiences who give away gobs of data about themselves, reveal their social graphs, and spend huge amounts of time in-app. Despite Google’s very successful apps and incredibly successful mobile platform, its search-intensive DNA doesn’t seem as relevant in a world of apps and a world of vertical search, such as Opentable for restaurants or TripAdvisor for hotels.

The multicolored Mountain View, California company has a plan for that.

“People are saying that mobile is all about apps, but we think mobile is about the always-on consumer,” argued Dischler.

He may be right. And Google certainly has the right idea about the new customer journey, which is convoluted and complex. “The idea of purchase funnel with a very linear flow from top to bottom is a very antiquated notion,” Dischler told me. “It’s been replaced by short bursts of activity … what we call micro-moments.”

But for all that, some 80 to 90 percent of time on mobile devices is still spent in-app.

The new ad units that Google just unveiled go at least some of the distance towards ensuring that mobile publishers and developers can monetize in more compelling ways via Google’s ad offerings, and that advertisers can reach the audiences they want to communicate with compelling experiences and offers, also via Google’s offerings.

“These are new ways of interaction,” Dischler said. “When users do this, they want immediacy and relevance.”

Those are two things, of course, that Google has built its empire upon.