Google is unveiling new advertising campaign features that will enable mobile game developers to grow their business. The new tools target everything from pre-launch registration campaigns to post-launch player retention, and the company plans to tout them next week at the Game Developers Conference in San Francisco.

Sissie Hsiao, vice president of product for mobile app advertising at Google, said in an interview with GamesBeat that the company is trying to increase the lifetime value (LTV) of players with five new features that hook players early and get them coming back.

“Now, it’s easier than ever to re-engage your audience and take advantage of a new, smarter approach to monetization,” said Hsiao. 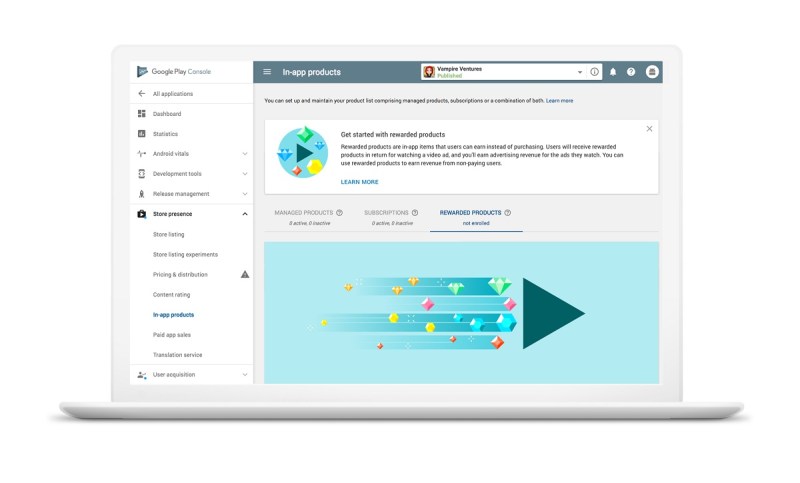 The app life cycle has a few parts to it: pre-launch, launch, and post-launch. In pre-launch, Hsiao said Google will make it easy for developers to launch pre-registration ad campaigns so that the app can be populated with players right upon launch. These players can pre-register for games prior to launch so they can be notified via push notifications when they can download the games. These sorts of players are highly engaged fans of a franchise.

“We’re seeing that half the installs come within the first eight weeks of a launch,” Hsiao said. “That reinforces the importance of the launch.”

Google is rebranding the Universal App Campaign as just App campaigns, or advertising campaigns that help developers get their apps discovered by players. Its foundation is machine learning, which helps find the right users across a billion users.

At launch, the goal is to get as many installs as possible within a budget. Today Google is announcing “maximum conversions bidding” for App campaigns. You say your budget and ad assets, and Google will maximize your player base. Because the focus is on maximizing installs instead of meeting a target price, you can typically get a lower conversion price.

All you have to do is set your goals and lean on App campaigns machine learning to handle the hard work of placing the right ad at the right time. Maximum conversions bidding for App campaigns is now available as a beta to select advertisers.

Hsiao said opt-in rates for rewarded ads are high. Those are ads where players get something that they want inside the game, like a scarce resource. Jam City’s Panda Pop integrated rewarded ads where they offered a booster to users by watching a rewarded ad. That helped revenue for the game grow 25 percent, and players used twice as many boosters after viewing the rewarded ads.

The number of apps that have both in-app purchases and ads has increased 34 percent in the past year. Hsiao said that the Google Play Developer Console has been simplified so that things like rewarded ads can be created and inserted into ads easily.

After launch, Google will also help inactive players rediscover your game. For these players, Google is introducing App campaigns for engagement in Google Ads to help players rediscover games. These ads can do things like encourage lapsed players to complete a tutorial, mention new features, or get someone to open an app for the first time.

Hsiao will talk about the new features on Wednesday, March 20, at GDC 2019 next week.