Ahead of Mobile World Congress 2018 in Barcelona, Google today launched ARCore 1.0, letting developers create AR experiences on Android. Releasing ARCore out of preview means developers can publish apps that can understand your environment, and place objects in it, on the Google Play store. Google today also announced plans to expand its Google Lens feature in Google Assistant and Google Photos to more devices “in the coming weeks.”

ARCore is an Android software development kit (SDK) that brings augmented reality to existing and future Android phones without requiring additional sensors or hardware. The first preview was released in August, and the second preview arrived in December.

When Google first announced ARCore, the company promised to have ARCore support 100 million devices with the launch of version 1.0. Google says it has now delivered on that promise: “ARCore works on 100 million Android smartphones, and advanced AR capabilities are available on all of these devices.”

But Google isn’t stopping there. The company says it has partnered with Android manufacturers to ensure that their devices coming out this year will support ARCore. The company named Samsung, Huawei, LGE, Motorola, ASUS, Xiaomi, HMD/Nokia, ZTE, Sony Mobile, and Vivo.

The team also made a special effort to call out China as its next target. “We’ll be supporting ARCore in China on partner devices sold there — right now, that’s Huawei and Xiaomi — to enable them to distribute AR apps through their app stores,” Google announced today.

In addition to supporting more devices, ARCore 1.0 brings improvements to make the development process faster and easier, including better environmental understanding that enables users to place virtual assets on any textured surfaces, like posters, furniture, toy boxes, books, cans, and so on. Android Studio 3.1 Beta now supports ARCore in the emulator, so developers can quickly test apps right on their desktop. 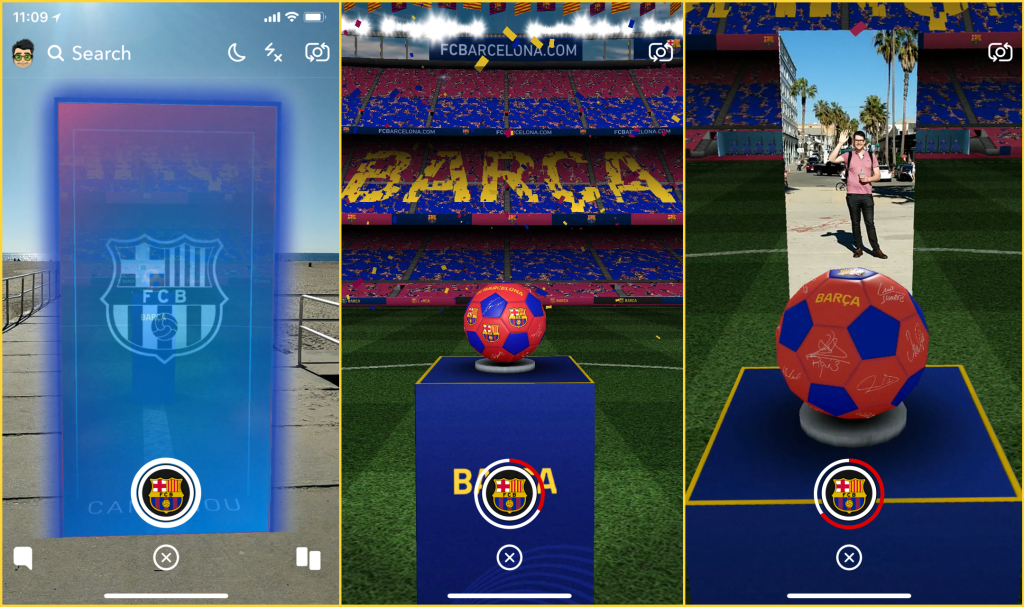 To highlight the latest use cases, Google has partnered with a few developers to showcase their plans to use AR in their apps. Snapchat has an immersive FC Barcelona Camp Nou stadium experience, Sotheby’s International Realty lets you visualize different room interiors inside your home, Porsche puts its Mission E Concept vehicle right in your driveway, and Otto lets you place pieces from an exclusive set of furniture in your room. Sony says its Ghostbusters World is “coming soon,” though not in time for the 1.0 launch. In China, Easyhome Homestyler lets you place over 100,000 pieces around your home, JD.com allows you to figure out whether appliances will fit, and NetEase has a bunch of AR games. Developers will want to check out the SDK updates available on GitHub: Android, Unity, and Unreal.

Google Lens may still be in preview, but Google plans to expand its availability for both Google Assistant and Google Photos “in the coming weeks.” The feature, which was first announced at the company’s I/O 2017 developer conference in May, uses computer vision to quickly recognize objects, businesses, and other things around you. The functionality has only been available in Google Assistant and Google Photos on Google Pixel devices.

Google Photos for Android and iOS will get Lens built-in so that when you take a picture, you get more information about what’s in your photo. The feature will be limited to English-language users; Android users will need the latest version of the app, while Apple users will also need iOS 9 and newer.

Google Assistant for Android will get live camera-based Lens functionality on “compatible flagship devices” from Samsung, Huawei, LG, Motorola, Sony, and HMD/Nokia. The update will be available for English-language users in Australia, Canada, France, Germany, India, Italy, Singapore, Spain, the U.K., and the U.S. 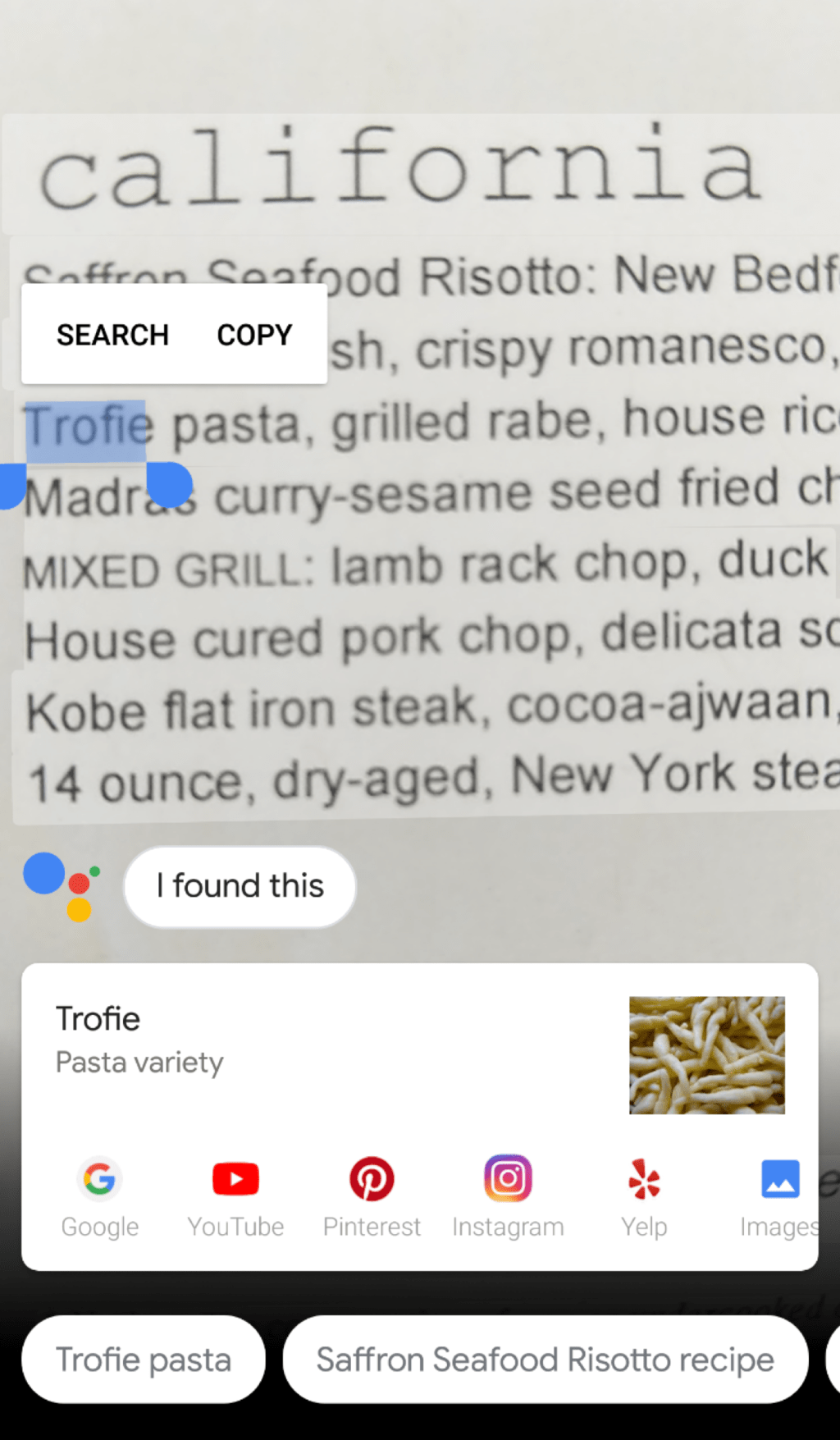 Since launch, Google has added text selection features, the ability to create contacts and events from a photo in one tap, and other improvements to Lens. Google Lens can automatically create contact information from a business card, scan barcodes, or even recognize landmarks, video games, movies, books, and other works of art. Google promises it will soon be able to “identify the breed of a cute dog you saw in the park” — the feature will gain improved support for recognizing common animals and plants in the coming weeks.

While they target completely different use cases — ARCore is all about letting Android developers build augmented reality experiences and Lens is a Google service powered by AI and computer vision — they both make your smartphone camera smarter. You can expect a lot more of this type of evolution in the next few years, and not just from Google.