Google Play Music has gone freemium. Google today launched a free tier of its music streaming service in the U.S. Supported entirely by advertising, the free version is available now on the Web, and will roll it out this week on Android and iOS.

The free tier includes Google Play Music’s core features: storing and playing songs from your own collection for free, curated radio stations (filtered by genre, mood, decade, and activity), and the ability to search for your favorite artist, album, or song to create a station of similar music. It does not, however, allow you to choose which songs to play (you get six skips per hour), nor does it include offline and background features for music videos on YouTube.

While a free version is clearly a boon for users, Google claims this is a good thing for artists as well because it will give them “another way to earn revenue.” A Google spokesperson told VentureBeat that artists will be paid the U.S. statutory rate: currently $2.30 per thousand plays for sound recordings (paid to SoundExchange). For those wondering, artists get a different rate from songs played via Google Play Music’s paid tier ($9.99 per month), but it is not publicly disclosed.

The ads on the free tier will be videos: They can last anywhere from 5 seconds (just like on YouTube, if they’re TrueView ads, they can be skipped) “to as long as the advertiser wants.” Google wouldn’t share how often ads will appear given a certain amount of listening time — the company says it plans to experiment to figure out the best balance between users and advertisers.

Unfortunately, the free tier is only available in the U.S. Google wouldn’t say when it plans to bring it to the more than 58 other countries where Google Play Music is available. A big part of wooing more users to streaming services is to offer something, anything for free. In February, Google increased the amount of free music that users could store on its cloud service from 20,000 songs to 50,000 songs.

Indeed, Google says the launch of a free tier is all about funneling users to the paid subscription option: “We hope you’ll enjoy it so much that you’ll consider subscribing to Google Play Music to play without ads, take your music offline, create your own playlists, and listen to any of the 30 million songs in our library on any device and as much as you’d like.” 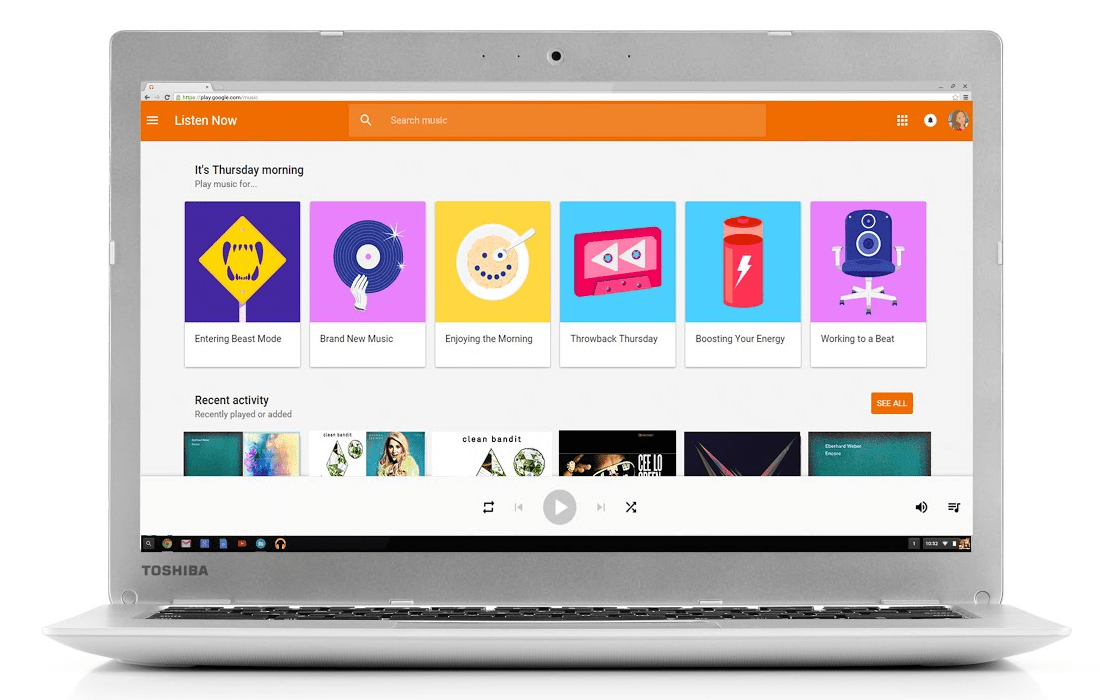 A free music tier supported by ads is a big deal. Spotify, Rdio, and Pandora offer such an option for users who don’t want to pay a subscription fee. Amazon Prime Music, Tidal, Xbox Music, and Apple Music, which launches next month, only have free trials.

In other words, Google is the first major tech company to follow the music streaming players with a free option. The online music war is about to get a lot bloodier.