Google has announced a slew of renewable energy projects, as it moves to meet its commitment to power 100 percent of its business from green energy sources.

When Google commits to long-term contracts to buy a certain amount of renewable energy, it effectively gives the giant energy companies, such as EDF, Duke, and RES Americas, the confidence and finances to pursue building new facilities. 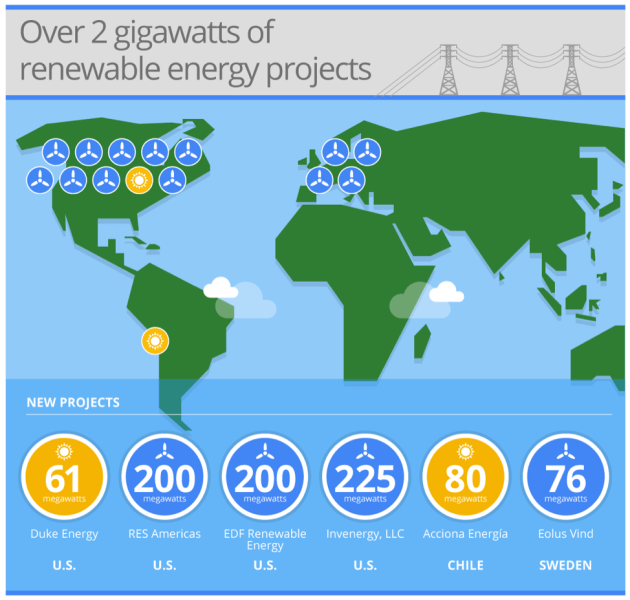 Google has been joined by a number of other big Internet companies in pursuing green energy. Apple has been investing in solar farms, and Microsoft is buying wind energy, while last year Amazon committed to running its cloud-based Amazon Web Services (AWS) entirely on renewable energy. It made its first big step in this direction in January when it signed a 13-year partnership with Pattern Energy Group to support the construction and operation of a 150-megawatt wind farm.

Google opened its first data center way back in 2006, and a year later, revealed a major alternative energy initiative. In the intervening years, the Internet giant has announced many new renewable energy projects, including a wind farm in Kenya and a handful of wind farms in California, Texas and elsewhere.