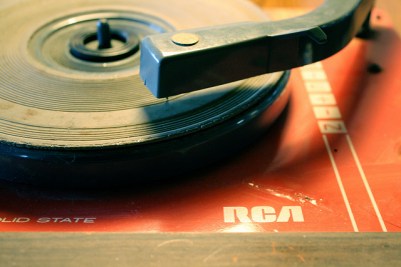 Google Music‘s upcoming online store will let you share songs with your friends, according to music industry sources, an unprecedented selling point for the fledgling service.

Peer-to-peer file sharing has been the bane of the music industry for the past decade. So how is Google getting away with making it into a feature?

So it’s not a Napster-esque torrenting free-for-all, but it accomplishes a happy medium between what consumers seem to want (more music and more sharing) and what record labels and musicians want (more money).

The deal bears some resemblance to Facebook’s music integrations, which launched at f8 this year. On Facebook, you can listen along with friends via music-streaming services such as Spotify. However, what Google is reportedly proposing puts a lot more control in users’ hands and leaves less to serendipity.

We’ve known the music store was coming since Google Music’s launch this spring at I/O, the company’s developer conference.

However, yesterday, Google’s Android chief Andy Rubin told attendees at the AsiaD conference in Hong Kong that not only was the store coming quite soon, but that it would incorporate “a little twist – it will have a little Google in it. It won’t just be selling 99-cent tracks.”

While we’ve never questioned that Google intended to deliver an innovative product to its users, we have scratched our heads over how the company was planning to deal with record labels, most of which already have agreements with heavyweight competitors such as Apple and Amazon.

However, being able to negotiate such a compromise that appeases two diametrically opposed interests is innovation in itself. We’ll see if the deal is sealed when the Google Music Store actually launches.