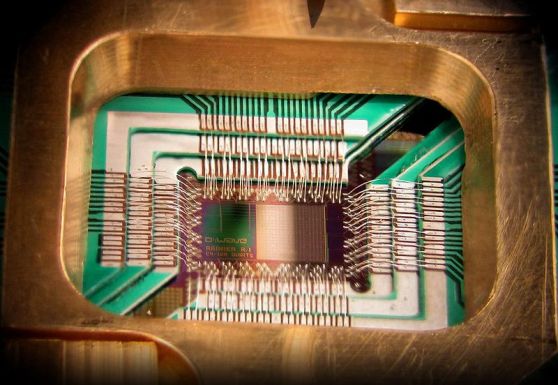 The $15 million computer, created by D-Wave Systems, marks a major first for Google, which is teaming up with NASA to explore how quantum computing will change how the company processes all the information it collects.

Quantum computing, which sounds like something out of science fiction, uses quantum mechanics to operate on data. I’ll spare you the specifics, but essentially the technology allows computers not only to work faster but also to do so with lots more information. (In theory, anyway; researchers are still validating the claims.)

The concept can be applied to a variety of ideas, but Google plans to focus its efforts on machine learning, which is a study of how computers learn from data. This, in turn, means better results for features like personalized search and real-time traffic monitoring, both of which rely on lots of data from many sources at once.

Google engineering director Hartmut Neven doesn’t understate what he thinks the project will do for computing. “We actually think quantum machine learning may provide the most creative problem-solving process under the known laws of physics,” he writes in a post on the Google Research Blog.

And Google’s not alone. Lockheed Martin (which bought a D-Wave Quantum computer in 2011), IBM, Microsoft, and BlackBerry creator Mike Lazaridis are all exploring the potential uses for quantum computing. As is the Institute for Quantum Computing (IQC) in Waterloo, Ontario, which is the second-largest quantum computing center in the world.

“The holy grail is a general purpose quantum computer. That will be many many orders of magnitude more powerful than all the computers in the world today,” IQC  executive-in-residence Rob Crow told VentureBeat.