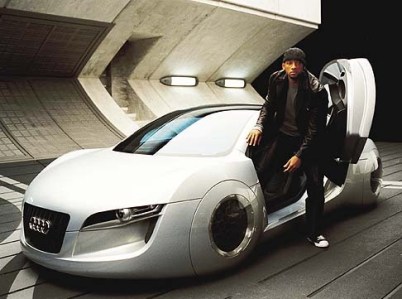 Google hasn’t given up on its sci-fi ambitions to make self-driving cars a reality. The company is now lobbying Nevada to be the first state to legally allow self-driving cars on public roads, the New York Times reports.

We’re still far from seeing the self-driving cars widely deployed across the country, but landing Nevada’s approval could get the cars up and running in Las Vegas within a few years. Eventually, the cars could perform automated deliveries and serve as self-driving taxis in Vegas, policy analysts say.

The news comes about eight months after Google first announced the technology, which at the time seemed to have come straight out of an Isaac Asimov novel. And in addition to announcing it had developed self-driving cars that actually worked, Google also dropped a bombshell saying the cars had covered 140,000 miles of driving in California with occasional human control. Seven cars drove over 1,000 miles without any human intervention at all.

Google hired Las Vegas-based lobbyist David Goldwater to promote two bills that would legalize self-driving cars. One bill is an amendment to a current electric-vehicle bill that would allow licensing and testing of autonomous vehicles, while the other would allow texting while riding behind the driver’s seat of a self-driving car.

Thus far, Google has been testing the cars with a person in the driver seat (to take over in case the system fails) and passenger seat (to monitor the system). If the legislation is passed and Google’s technology reaches a point where it can be reliably deployed, the cars would be able to drive completely on their own.

Sebastian Thrun, the director of the Stanford Artificial Intelligence Laboratory and co-inventor of Google’s Street View service, previously said that the company’s goal is to prevent traffic accidents, give people more free time, and reduce carbon emissions by changing the way people use their cars.