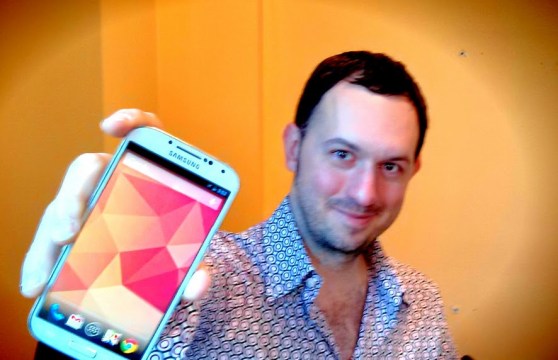 Samsung’s Galaxy S4 is a nice phone hindered by one glaring fault: Samsung’s TouchWiz interface. Where stock Android is refined and sensible, TouchWiz is tasteless and glaring. It’s not a great experience.

Google, however, is offering a fix. During its keynote at Google I/O today, Google announced a version of the Galaxy S4 that’s stripped of Samsung’s often-intrusive software skin. It’s a Samsung phone with all the best features of Google’s Nexus devices.

“What you’re seeing here is real: this is a Samsung Galaxy S4 with the same software experience we ship on our Nexus devices. It’s Google’s take on Android and it feels awesome on the S4,” Android VP Hugo Barra said today.

The unlocked 16GB LTE version, which works on T-Mobile and AT&T, will sell for $649 via Google Play next month. Best of all, the device will receive prompts to update with each new version of Android, which is one of the best things about owning a device with stock Android.

Google’s Nexus-ified Galaxy S4 may just be the best Android phone yet.