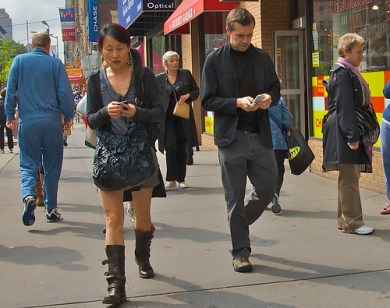 The service would let consumers to pay purchases with their phones, assuming their phones are equipped with NFC chips like Google’s recent Nexus S smartphone. Google has been thought for some time to be working on an NFC payment system, so the news doesn’t come as a huge surprise.

It’s worth noting though that just yesterday we reported that Apple is abandoning plans for NFC mobile payments in the upcoming iPhone 5. That means we likely won’t see NFC in an iPhone until 2012, which will give Google a head start of more than a year on implementing the technology in phones, as well as building up a mobile payment infrastructure in retail stores.

The sources say Google will install thousands of specialized VeriFone cash register systems at retailers to allow for NFC payments. The service will most likely be tied to Google Checkout, the company’s online payment service which is tied to a user’s Google account.

Of course, there’s no use creating an NFC payment system if there aren’t any devices that can take advantage of it. Right now the Nexus S is the only phone widely available with NFC support, but we can expect to see it pop up in more Android phones later this year. Both Nokia and Research in Motion have also said they want to create NFC-capable devices, though it’s unclear if those devices will appear this year.

Google will face competition from AT&T, Verizon and T-Mobile, who have joined together to form the Isis mobile commerce network, which will take advantage of NFC technology as well.