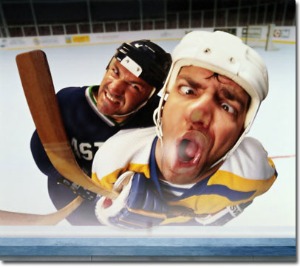 Google will now begin offering real-time sport scores for the National Hockey League, the company said in its weekly search “round up” blog post, as the search behemoth continues to tempt everyone from stock markets to other social media sites like Twitter into offering information instantly.

Google said the scores would be available via simple search terms such as “hockey” or specific team names.

Dubbed the NHL Live Result, the new partnership between the NHL and Google will also include team standings and play schedules, as well as other related content such as live streams, game previews and video highlights of completed games.

Google currently does not offer live scores for any other major sports leagues such as the National Football League or the National Basketball Association. The company did not respond to a request for additional comment on when it may start offering live scores across the board.

But with those sports seasons well upon us, it makes sense Google will soon strike similar deals with those leagues as the rush toward targeted, structured data continues.

“Many of you are sports fans, and we’re always delighted to make improvements that help you find those scores, stats and recaps,” said Google. “We partnered with our friends at NHL.com to provide rich information in the snippets of the NHL.com results…making it super-easy to keep up to date on the latest NHL action.”

Google has been rapidly building ways to get information to users in real-time, saying in September that it would be introducing “hundreds” of search enhancements in coming months. The splashiest of these so far has been the introduction of Google Instant, which spits outs results in real time as a user starts typing out a search.

The company said at that same event that it is bringing response time down to about 300 milliseconds, though much depends on individual Internet connections—speed which will mean everything to diehard sports fans looking for immediate information on their favorite teams.

Its Google Index, which lets web publishers of automatically submit new content to the search engine for indexing mere seconds after it is published, went live in March.