Google has put together impressive phones in the Pixel and Pixel XL. They’ve got some software features you can’t get anywhere else — almost like a premium Android phone from Huawei, LG, or Samsung — but with regular operating system updates and without the bloatware.

Like the Nexus 6, 5X, and 6P, the Pixels will be available on Google’s Project Fi mobile virtual network operator (MVNO) network. As a result, it may cost less than subscribing to Verizon Wireless or AT&T.

So, would it be a good choice, then?

I would say yes.

But I’m bullish on the Google Assistant, which you access by holding down the home button at the bottom of the display. I think it’s Google’s complete answer to Siri. And I figure that it will get better and better, like other Google services.

And I’m glad Pixel has Night Light, which cools the color temperature, making the display a little easier on the eyes late at night and maybe even helping you fall asleep. Android Nougat ultimately didn’t ship with the “Cool color temperature” or Night Mode featured in developer previews. Too bad! At least it’s here now, even if it’s only on the Pixels for the moment. Here’s to hoping Night Light ships to other Android devices in the next year.

Other Pixel features are nice to have: a 3D Touch-like way to quickly get to specific functions in apps from the home screen, a new Google App widget with detailed weather information, a wider range of cool-looking wallpapers, a way to swipe down on the fingerprint scanner on the back to access the notification drawer.

The phone itself is solidly built — it feels just a little bit thicker than the 5X and 6P. It responds to input very quickly, and its display is brilliant. 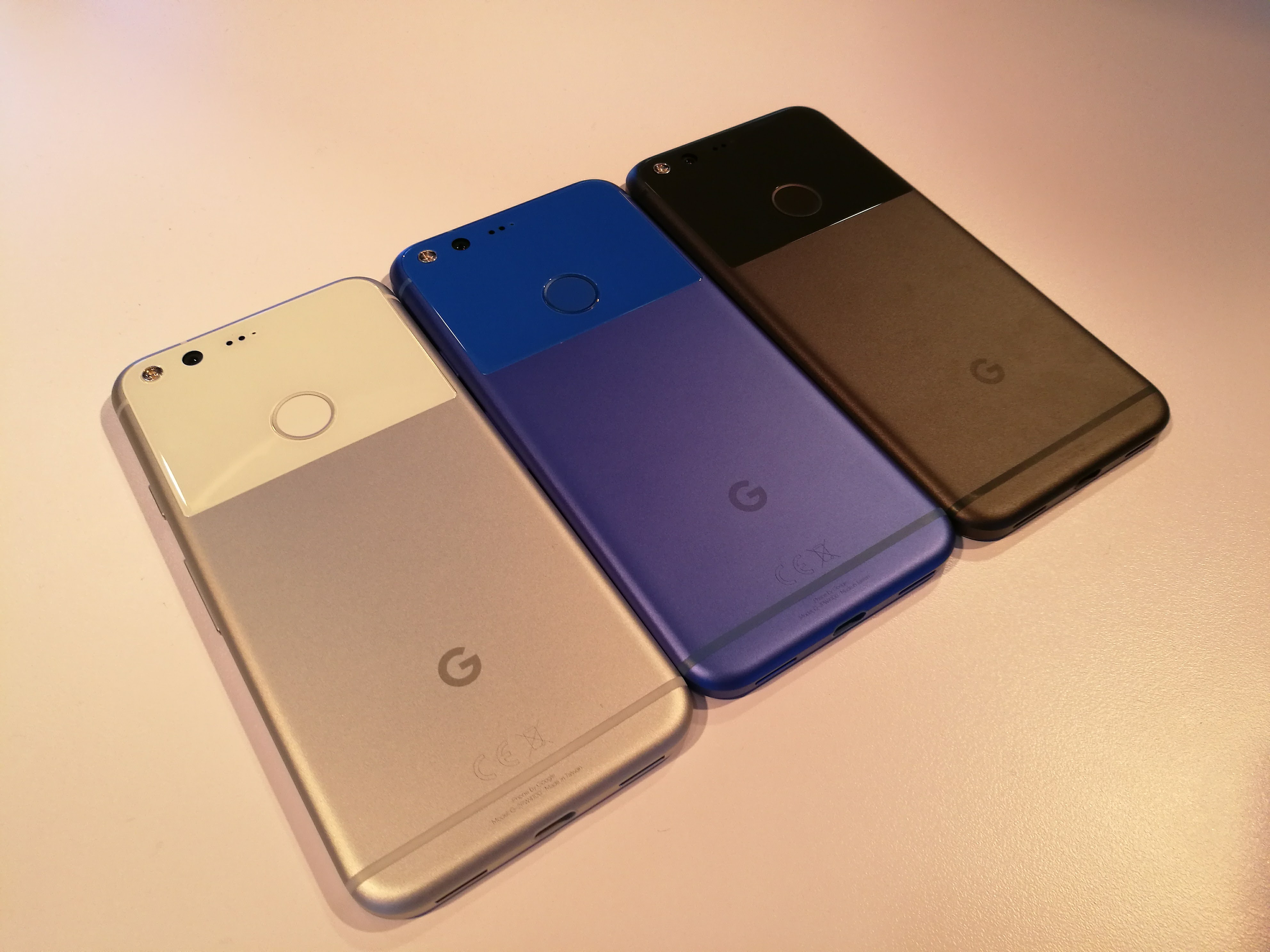 Above: Google Pixel in Very Silver, Quite Black, and Really Blue.

The front-facing camera on the Pixel has been bumped up to 8 megapixels, from 5 megapixels on its sort-of predecessor, the 5X. (The Pixel XL will get 8 megapixels, just like the 6P.) The Pixels’ back cameras have the same specifications as before, but Google is pointing out that they received the highest score ever recorded on the DxOMark benchmark test. So that’s good.

If you charge the phones for just 15 minutes, you’ll get seven hours of battery life. That’s pretty fast charging. The Pixel will give you 13 hours of internet browsing time, while the Pixel XL offers 14 hours, Google says. In some cases, that may be better than the iPhone 7 and 7 Plus.

Finally, there is the matter of media storage. With the Pixels, you’ll get storage of an unlimited supply of photos and videos, stored at full resolution, for free. That’s big. Remember when Microsoft took back its unlimited OneDrive offer? Google’s not planning to do anything like that for this Pixel offer. If you’ve been reluctant to use the free tier of Google Photos because it compresses media, this one feature may be all you need to hear before buying the Pixel.

All in all, I’m really looking forward to spending time with these review units. 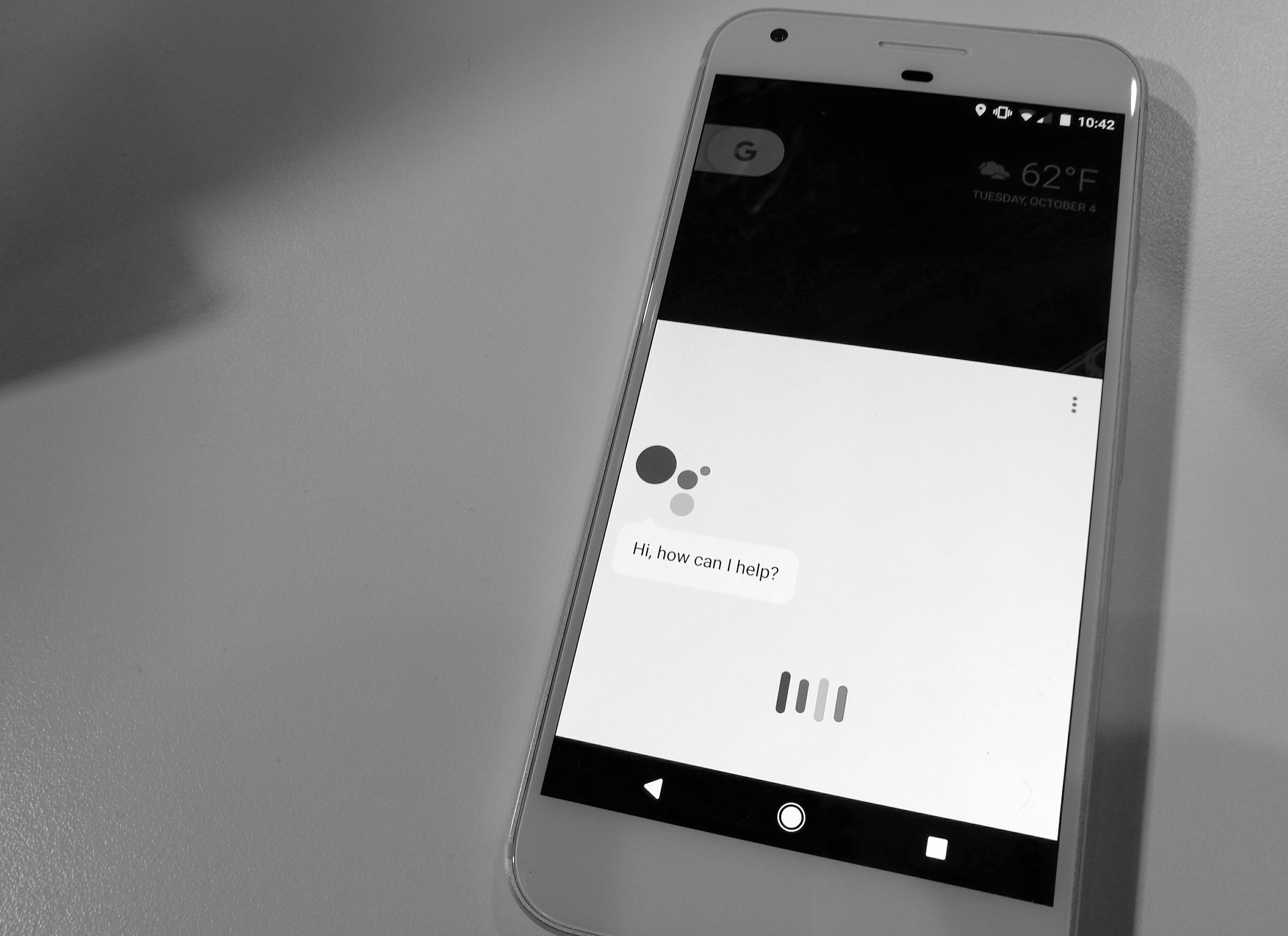 Above: The Google Assistant on the Google Pixel.