In addition to an average size reduction of 35 percent, Google has improved Android App bundle’s support for large apps. Available in early access today, you can now upload large app bundles with installed APK sizes of up to 500MB without needing to use expansion files.

Also available in early access, Android app updates are about to get easier. With a new API called In-App Updates, you can now prompt your users to update without leaving the app — either by showing a full screen experience that takes them from download to restart or by helping them download and install in the background. Google promises to roll out this program to all developers “in the next few months.”

Google has also improved subscriptions on Google Play with two additions. At its I/O 2018 developers conference in May, Google introduced the cancellation survey, which tells you why your subscribers are canceling. Now Google is testing the ability for users to temporarily pause their subscriptions instead of outright canceling. Developers can also deliver promotions to win back canceled subscribers.

Additionally, subscription pricing is getting more flexible. You can now change the price of an existing subscription without needing to create a new SKU in Play Billing Library version 1.2, and offer a plan change that is effective at the existing renewal date.

Google has added new tools in the Play Console to help you evaluate your core metrics. Additions include cumulative data, 30-day rolling average metrics, and roll-ups for different time periods. You can also download any configured reports as a CSV file. 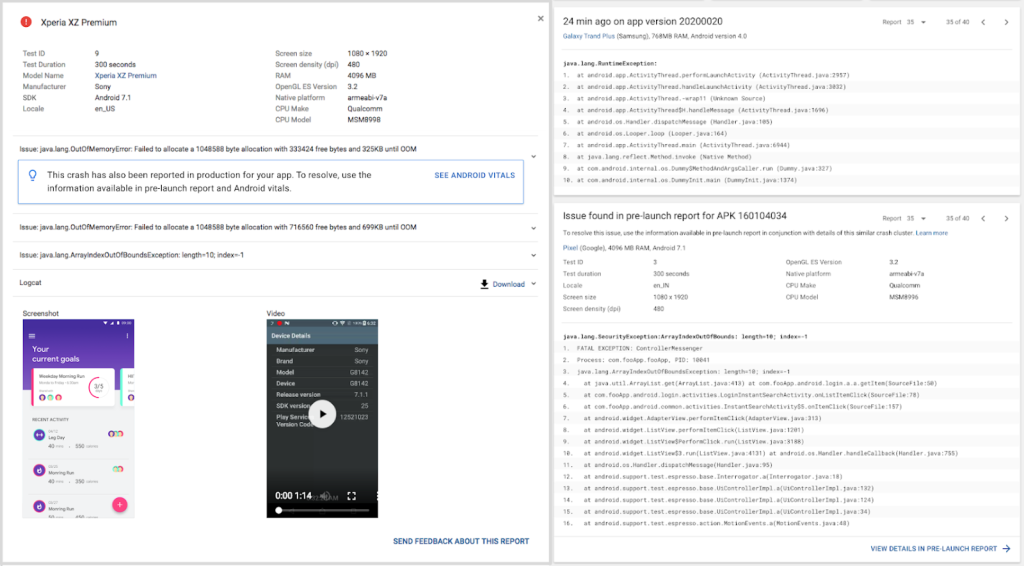 Google has also linked together two tools in the Play Console: the pre-launch report, which runs your apps on real devices situated in the Firebase Test Lab and generates metadata to help you fix issues before pushing your apps to production, and Android vitals, which helps you track the quality of your app on users’ devices in the real world. Whenever a crash happens in both, you’ll get all the extra metadata in both reports, so you can debug more effectively. 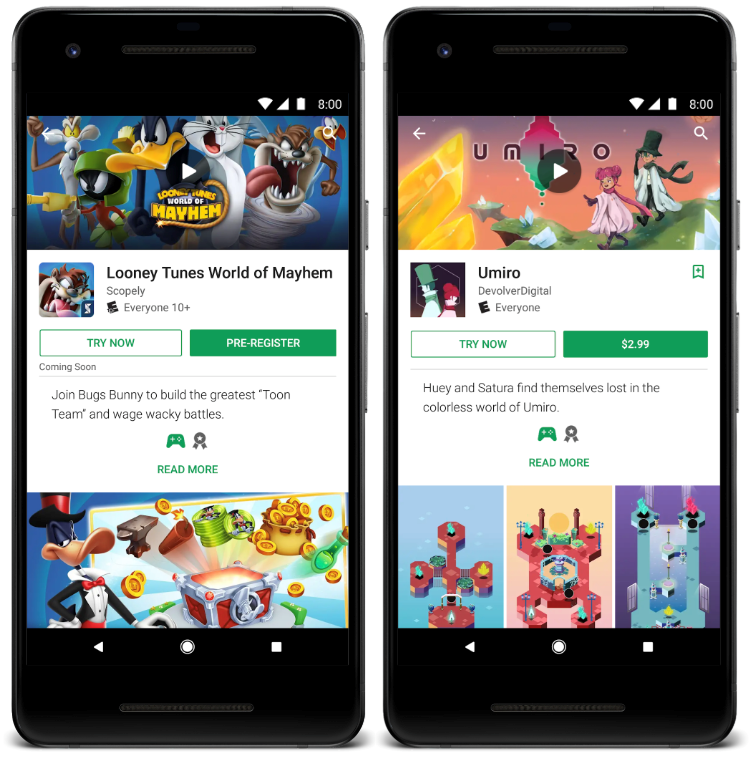 Starting today, Google Play Instant is available for premium titles and pre-registration campaigns, so Android users can try your game before it launches and generate additional buzz. Games like Umiro by Devolver Digital and Looney Tunes World of Mayhem by Scopely (pictured above) are already taking advantage of this feature.

Lastly, Google today launched the Academy for App Success, which features interactive courses (plus quizzes and achievements) to help developers get the most out of the Play Console, understand Play policies, and utilize best practices. The free program is available in English for now but courses will be translated “soon.”