Unfortunately, the podcasts on Google Play Music are only available in the U.S. and Canada for now. Google did not say when it plans to roll them out to more markets (a Google spokesperson declined to comment on exact timing), but you can expect it to be a gradual process, like all of Google Play Music’s expansions.

Podcasts in Google Play Music work similarly to music, in that they use contextual playlists. You can listen to podcasts “based on what you’re doing, how you’re feeling and what you’re interested in,” Google explained. 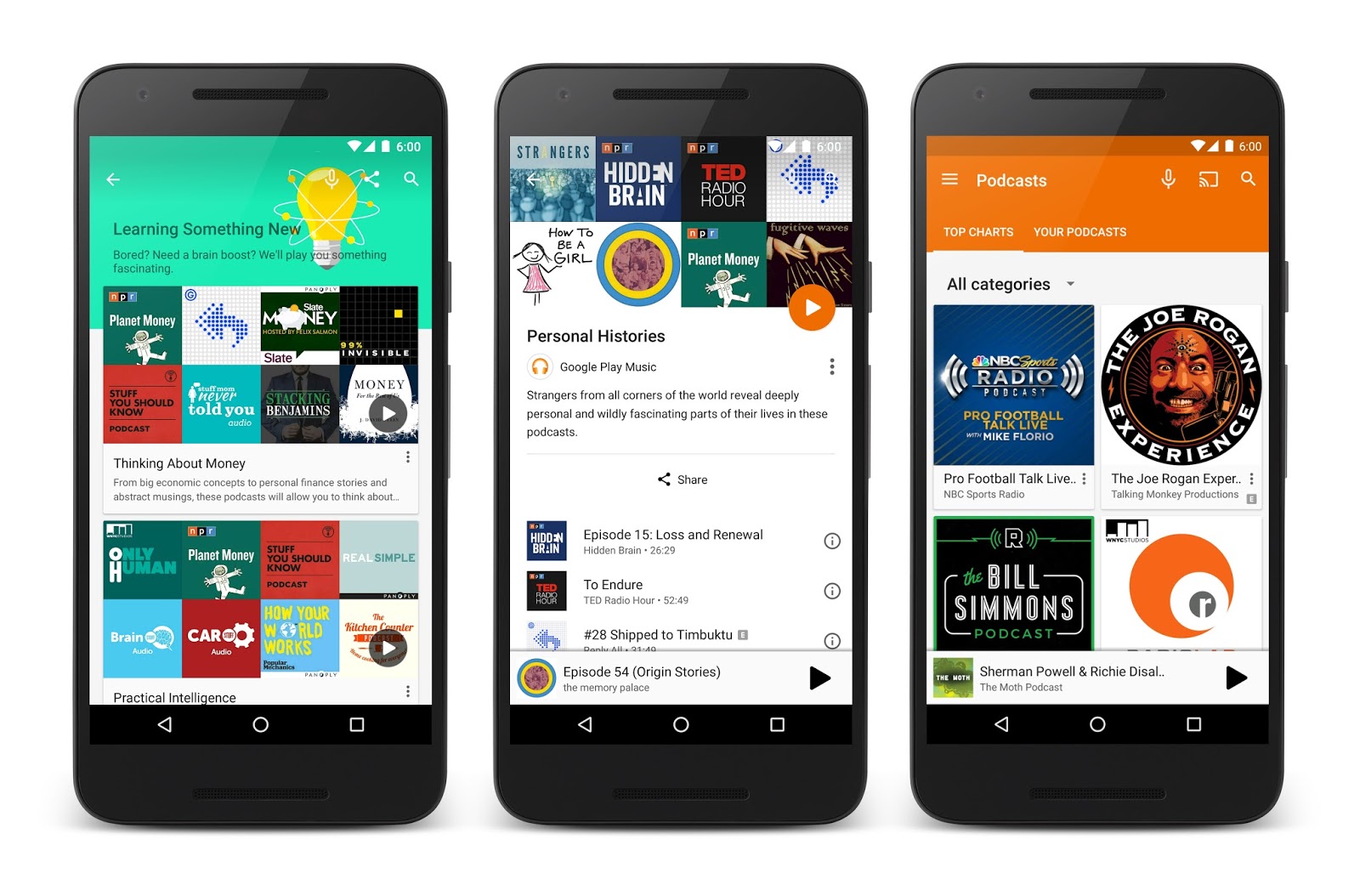 Indeed, podcasts are grouped in groups like “Learn Something New,” “Get Lost in a Story,” and “Laugh Out Loud.” You can also subscribe to download the last several episodes automatically on your device or choose to be notified every time a new episode comes out.

If you use Google Play Music for iOS, you’re out of luck. Google also did not share when the feature would arrive for Apple users, though you can expect it will show up eventually.

If you are a podcast creator, you can add your show to Google Play Music by heading here. It’s a three-step process: Add your RSS feed, confirm ownership, and publish.

The addition of podcasts quite nicely rounds out Google Play, which already features apps, games, songs, books, news, movies, and TV shows. This was a long time coming: iTunes has supported podcasts since June 2005, for example. Google Play didn’t debut until October 2008.

Update on April 20: You can now also listen to podcasts directly in the Google app for Android. To use the feature, just search for a podcast. You’ll see three recent episodes, a play button for each, and an option to see more episodes. You can browse the web on your phone while you listen, or even turn off your screen. Controls at the bottom of the screen let you play, pause, rewind, or fast-forward.