As promised, Google has finally brought the Google Play store to Chrome OS. Android apps, Android games, and media content from the store are all now finally available on Chromebooks running the latest stable build. But that still doesn’t mean all Chromebook owners can use the store.

This continues to be a gradual rollout — even on the stable channel, Google is limiting the launch in multiple ways. “A beta release of the Play store is available to users now on the Acer R11 and Asus Flip (and coming soon to Pixel 2015) and can be enabled from the Settings page,” a Google spokesperson told VentureBeat. “The team is hard at work making the experience great for users before making the Play Store available by default on these Chromebooks.” Update on September 26: The Chromebook Pixel (2015) now has the Google Play store as well.

That’s right — even though we’re still talking about just three devices, the Play store is disabled by default. Once you’ve updated to version 53.0.2785.129 (make sure to switch back to the stable channel if you aren’t already on it), you’ll have to enable the Play Store in Chrome Settings. Furthermore, stable channel or not, it’s still got the beta tag: 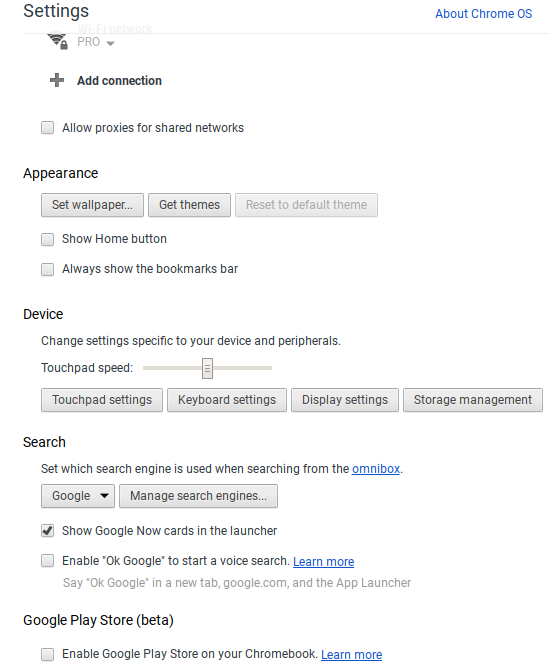 Chrome OS has three channels: Features and improvements first hit the very unstable Dev channel, followed by the less buggy Beta channel, and finally arrive on the Stable channel. At its I/O 2016 developer conference in May, Google announced Google Play is coming to Chrome OS. The store then arrived for those on the Chrome OS Dev channel in June, followed by the Beta channel in August.

Now it’s finally available on the Stable channel, and here’s what happens when you enable it: 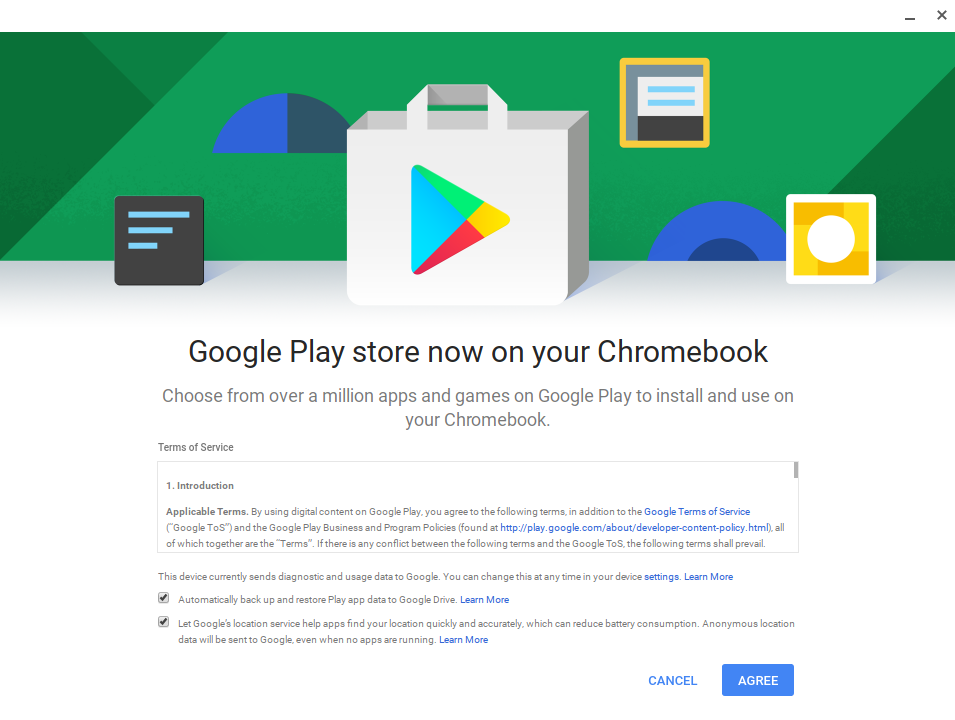 You’ll need to agree to the Terms of Service for Google Play on a Chromebook. 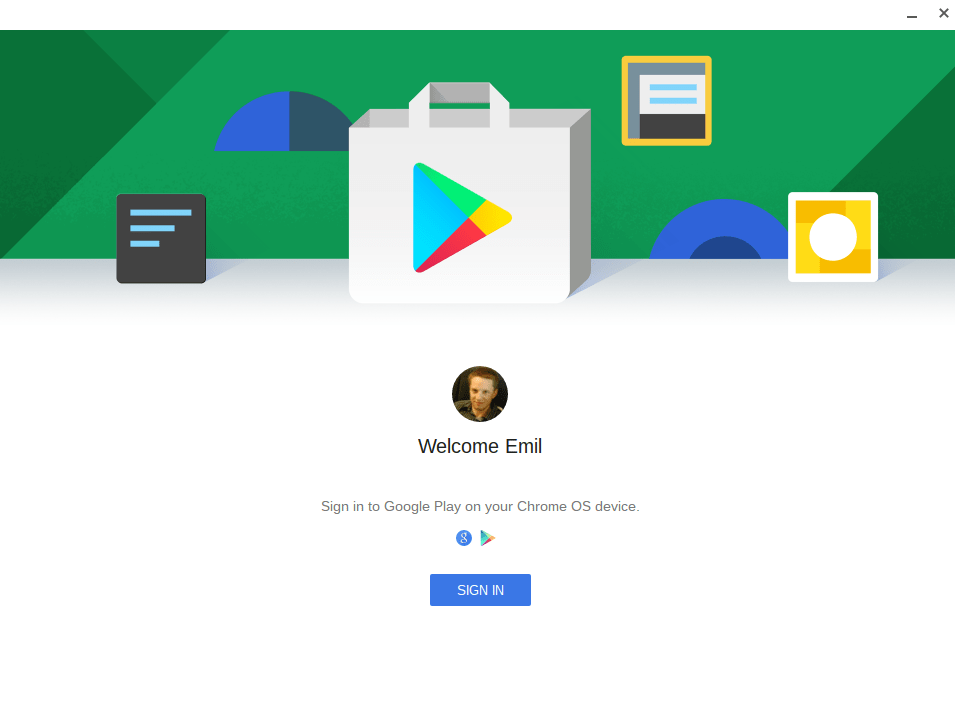 Then you have to sign in with the account you use on your Chromebook (you can change that later). 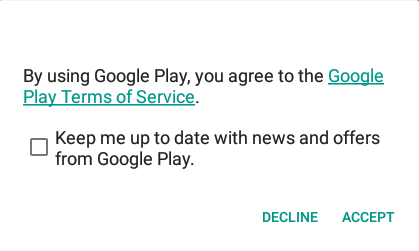 Then you have to agree to the actual Google Play terms of service, just like on an Android device. And finally, you’re in. Google really needs to cut down on the number of clicks this takes.

I just played Dots for a few minutes and immediately switched from the trackpad to the touchscreen, because that’s what the game was designed for. Some apps and games just aren’t decide for trackpads and keyboards, though they still technically work. More concerning was that I got an error message about my internet connection, but I ignored it and all was well.

App and game stability has improved since we played with Google Play for Chrome OS on the Dev channel, but there’s still a long way to go. And this is exactly why Google is still very much moving at a snail’s pace when it comes to one of the biggest integrations it’s ever pulled off.