Since the launch of Google Plus almost two months ago, Google’s social media network has grown faster than any other network, reaching over 20 million users in just a month. Google’s invite-only launch positioned Google Plus as a male-centric network, and early Google Plus adopters were quick to criticize the initial gender ratios.

Groups formed to urge women to join the social network, adding significance to the female early adopter voice and rapidly spreading the word (and invitations). Findpeopleonplus.com currently  has almost 14.5 million users indexed and shows a gender ratio on it’s home page of approximately 32% female; about two men to every one woman. This is a small decrease since the previous Paul Allen report of 33% female over a month ago; however, Google has yet to release any official statistics.

A 2010 study by the Pew Research Center, The Social Impact of Technology, lists women as the predominate sex in most social media networks. In fact, the Pew Research Center found that from 2008 to 2010 the number of women using social media increased while the amount of men decreased. The study also indicated women more frequently update statuses, comment on posts and photos, and are more apt to click Facebook’s “like” button. Women, simply put, are the backbone for most social media sites.

Google indirectly acknowledged women have something “different” to offer, at least in product design, when they posted this Girls in a Tech World video. I believe Google has approached Google+ with an “enlightened” perspective — where ideas and information have been given weight based on the merit of the idea. In theory it’s a lovely premise to strive towards. The truth is, however, men and women not only operate differently in real life, they operate differently online as well. “Women’s behavior online … is less transactional and more relationship-driven,” according to Businessweek. The subtle point-of-view shift between men and women is likely to create different feedback between the two groups — feedback that could alter the direction of Google Plus.

Maybe Google gets this argument. It certainly stepped up month at BlogHer’s 2011 conference, demonstrating Google Plus (and it’s popular hangouts). Google gave BlogHer’s founders 3000 G+ invites for conference goers. But I can’t help but wonder it this is too little too late.

Inviting 3000 bloggers after Google Plus has over 20 million users, over a month after it’s launch, feels a bit like men were sent an invitation to the party by mail while women were sent a text message after the party had started.

Clearly G+ has some incredibly talented women working on the project. And, certainly, other social networks like Facebook and Twitter, that are heavily used by women, were developed by men. Twitter has the highest ratio of women to men with 64 percent female to 36 percent male (Pew Research Study).

Joseph Smarr, a Google Plus developer, states in this interview that once G+ was used outside of Google’s doors, it was used in ways surprising to Google Plus developers. Google Plus has organically evolved with its user base, whereas Twitter and Facebook’s evolutions were never shaped by users. Facebook kept a firm hand, while Google has constantly interacted with it’s users — in hangouts and chats, by commenting in streams and asking its followers for feedback.

Google Plus’s charm revolves around the user’s ability to communicate directly with developers — something other social networks haven’t done.

The service was presented to its audience for the past two months as an exclusive club — one where the users would help to mold and shape a new social media network through feedback. This personal attention is what people love about Google Plus. It is also why female users feel frustrated Google didn’t take the time to consider who’s opinion they asked for first. 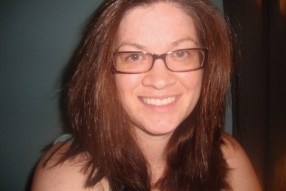 M.M. Faulkner recently abandoned her 5+ years as a vintage clothing dealer to return to writing. Her blog www.payattentionpeople.com focuses on social media, technology, communication and society. You can follow her @payattentionppl or at gplus.to/polarizedconsumer.