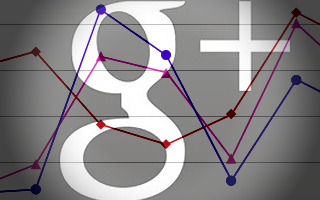 If businesses can contain themselves for just a few more months, they’ll have much better Google+ tools than the ones that currently exist.

In fact, Google will be unveiling specially tweaked profiles with analytics and more sophisticated sharing options, all coming during (or shortly after) Q3 2011.

Businesses that don’t have the patience to wait for those features and instead jump into Google+ with a personal account will suffer a rather painful consequence; they won’t be able to migrate that personal accounts to a business profile. Google isn’t building a migration tool, and it says switching accounts manually could get messy.

In an exclusive interview with VentureBeat, a Google spokesperson confirmed, “There will be a product very soon that has businesses’ interests in mind… We want to give them the features businesses expect and the features that can improve the sharing experience both for consumers and businesses.”

While Google is mum on exactly what the business profiles will include, the spokesperson did say, “You can expect to see a level of analytics and measurement that you’d typically find in Google products as well as a nuanced approach to how things are shared. It encourages and enhances conversation, it doesn’t just put things in the stream.”

The company’s plan for businesses using Google+ was to initially prohibit any commercial, non-individual entities from using the service and to test business profiles on a limited basis. However, with so many businesses ignoring this rule, Google quickly found itself in over its head, prompting the company’s social chief, Vic Gundotra, to admit to TechCrunch that the entire approach to brands was “probably a mistake.”

In fact, Google had to backtrack with several brands, removing accounts belonging to commercial entities (Sesame Street and Mashable among them) in a move that incensed the blogosphere to no end. [Disclosure: I worked at Mashable until this week.]

But the company is allowing for a small loophole, and one that actually gives businesses a lot of leeway to figure out the service as well as maintain humanity and credibility on Google+. Individuals who represent companies can create accounts and use them to share all kinds of content. Of course, this isn’t supposed to be seen as an opportunity to simply slap a human face on top of a brand-run account.

“I could go post stuff about Google all the time, but that won’t neceesarily appeal to the Circles I’m sharing them with,” said the spokesperson. “It’s up to individuals to decide what they share, and it’s up to users to decide whether they want those people in their Circles.”

In the meantime, Google is still asking businesses for patience.

Just how long will brands have to wait? “Our original timeline was by the end of the year,” said the Google spokesperson, “but we’ve accelerated. The window is the next few months, and if we get it done sooner, that’s great, too.”

At VentureBeat, we’re as eager as the next publication to start using Google+ as a company. For now, though, you can find VentureBeat staffers on Google+ using this handy cheat sheet.

In this video, Googler Christian Oestlien discusses the interest in Google+ for businesses and how the company is handling those requests.