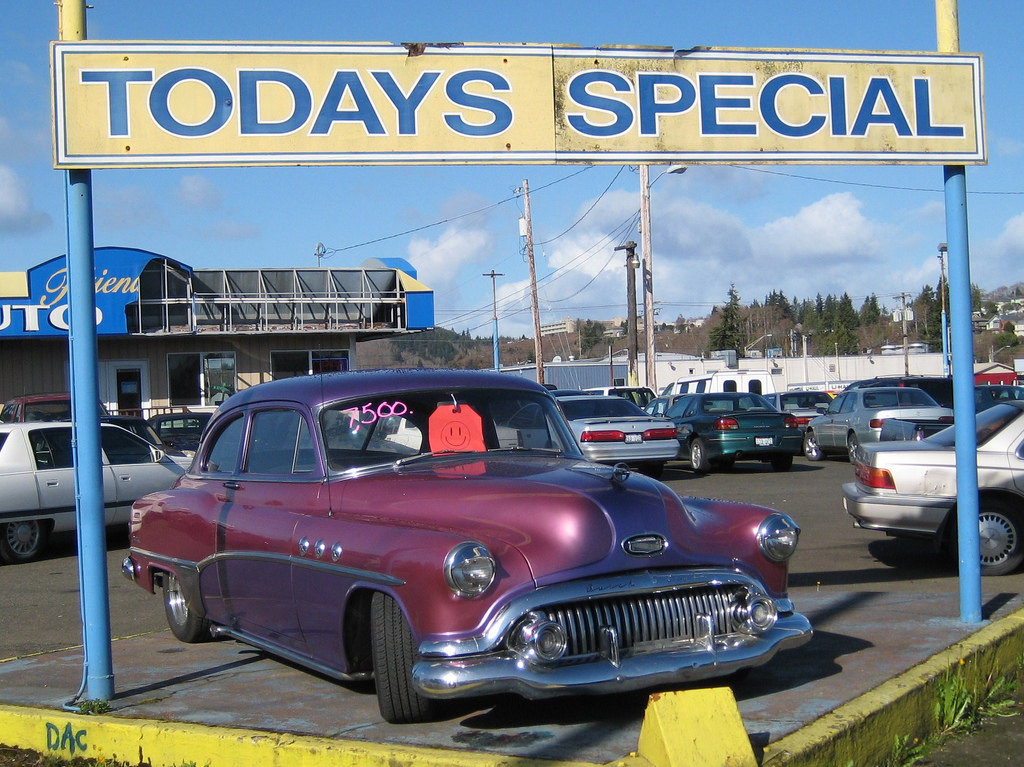 All that’s missing are the streamers, balloons, and cheesy Best Price Ev-ah signs. Because the price competition between Google, Amazon, Microsoft, and Rackspace is heating up so fast, the cloud market could be a massive virtual used car lot.

Google App Engine is a relative newcomer to the cloud market, having just recently started to get serious about supporting non-Google-used languages such as PHP — the programming language that runs 75 percent of the web.

But it’s already in massive use, with 4.5 trillion monthly transactions at 99.95 percent uptime.

Google is in bitter competition with Amazon Web Services, which reduced prices by about 28 percent a month ago, and Microsoft’s Azure, which just entered full public availability but is already a billion-dollar business and also just reduced prices by 21 to 33 percent. Rackspace, also a big cloud competitor, recently chopped its prices as well.

This new price decrease appears to match those from Amazon and Microsoft. The challenge, however, when evaluating cloud costs from multiple providers is that each vendor calculates costs somewhat differently, so it’s hard to get an apples to apples comparison.

Google last cut prices in November 2012, also in an attempt to compete with Amazon. And the price war looks like it will continue for some time to come.

Essentially, it’s become fairly obvious that cloud is a commodity, and the cheapest provider will win. The question is, can companies maintain excellent service levels while cutting pricing to the bone.