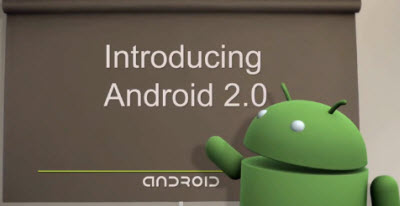 Google said today it is releasing its newest software tools for its Android operating system for smartphones in advance of Motorola’s launch of its Droid cell phone for Verizon Wireless.

The code-named Eclair version of Android has a number of improvements, such as support for multiple fingers controlling a touchscreen on a smart phone. Phones that use Android 2.0 will let users sync multiple e-mail accounts and contact address books. Users will also be able to call someone by tapping a photo in a contact list.

Many of these features will be rolled out in Verizon Wireless’ Droid phone, made by Motorola. That phone has caused stir as yet another “iPhone killer” even before it launches on Wednesday.

The Google Android release fixes problems in earlier designs, with features like improved camera controls that allow for digital zoom. The virtual keyboard will also be faster and more accurate.