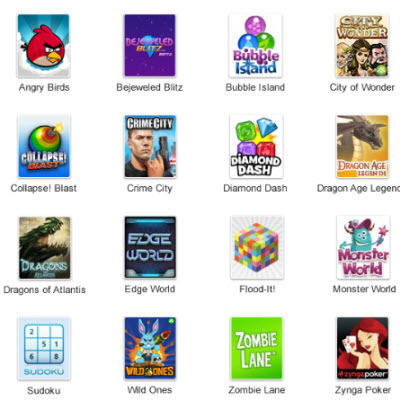 Google+ games, announced by Google today on its Google+ social network, represent a big chance for social games companies to diversify and reduce their dependence on Facebook. That’s why Google already has an impressive list of game companies, including Zynga, PopCap and Rovio, on its brand new game platform.

As we noted a couple of weeks ago, game developers have been looking forward to launching titles on Google+ for some time, and a number of them appear ready to do so. Today, Google said it is releasing the games applications programming interface (which the companies need to adapt existing games to Google+) to a small number of developers.

Vic Gundotra, senior vice president of engineering, said that the experiences that people share together are just as important as relationships, so the goal of Google+ games is to make online games as fun and meaningful as playing in real life. That means Google is going to put a premium on social sharing in games, which will be built by third parties.

“Our vision has been to have a cross-platform strategy, and between Google, Apple and Facebook, we have that now,” Dharni said. “It’s an exciting day for us.”

Google+ will have a games stream where you can see what your friends are doing in games. That shows you the latest updates from your game circles, or groups of friends with like interests. You can browse the invites you receive for games and check out games that people you know have played recently. The Games page is also where your accomplishments appear. People in your circles will only see your updates when they’re interested in playing games too.

In a little jab at the spam-like nature of game notices on Facebook, Gundotra said that “Games in Google+ are there when you want them and gone when you don’t.” In other words, Google designed its game business to offer something that the other guys don’t.

The rollout will be gradual, but some of the most popular titles in social games are already available, including Zynga’s Zynga Poker, Kabam’s Edgeworld, Rovio’s Angry Birds and other titles.

Game developers that we interviewed are looking forward to Google+ as a level platform where they won’t have to worry about the tight relationship between Zynga — which dominates games on Facebook — and platform owner Facebook.