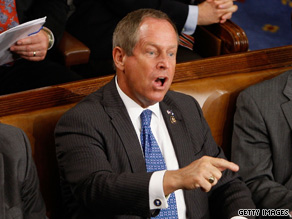 The word’s finally out.

Google said Apple did reject its Google Voice application for the iPhone because it “duplicated the core dialer functionality”, according to parts of an unredacted letter released by the Federal Communications Commission today.

That’s funny, because Apple just said last month that it “continues to study” the application and hadn’t rejected it. (The parts the FCC released today were originally blacked out in that same announcement last month.)

Google Voice lets you use a single phone number to receive calls on multiple phones and reach your voicemail. It also lets you send free text messages and make international calls for two cents. When the application never made it into the Apple’s app store and the company removed similar independently-developed apps, the FCC launched an investigation. Google declined to comment on what it will do next.

The third party in this affair, AT&T, and the iPhone’s exclusive wireless carrier, has said it had no role in the decision on the app.

(Note: The photo above is related in no way to Apple and Google, other than the fact that it involves a similar accusation from Senator Joe Wilson at U.S. President Barack Obama during his health care speech.)