Google today announced it is reducing the prices of all Google Compute Engine Instance types by up to 30 percent. At the same time, the company is introducing Preemptible Virtual Machines, which deliver short-term capacity for a low fixed cost.

Google said VM pricing has been reduced by more than half since Google Compute Engine was launched in November 2013. In fact, the company claimed Google Cloud Platform is now 40 percent less expensive for many workloads than other public cloud providers: 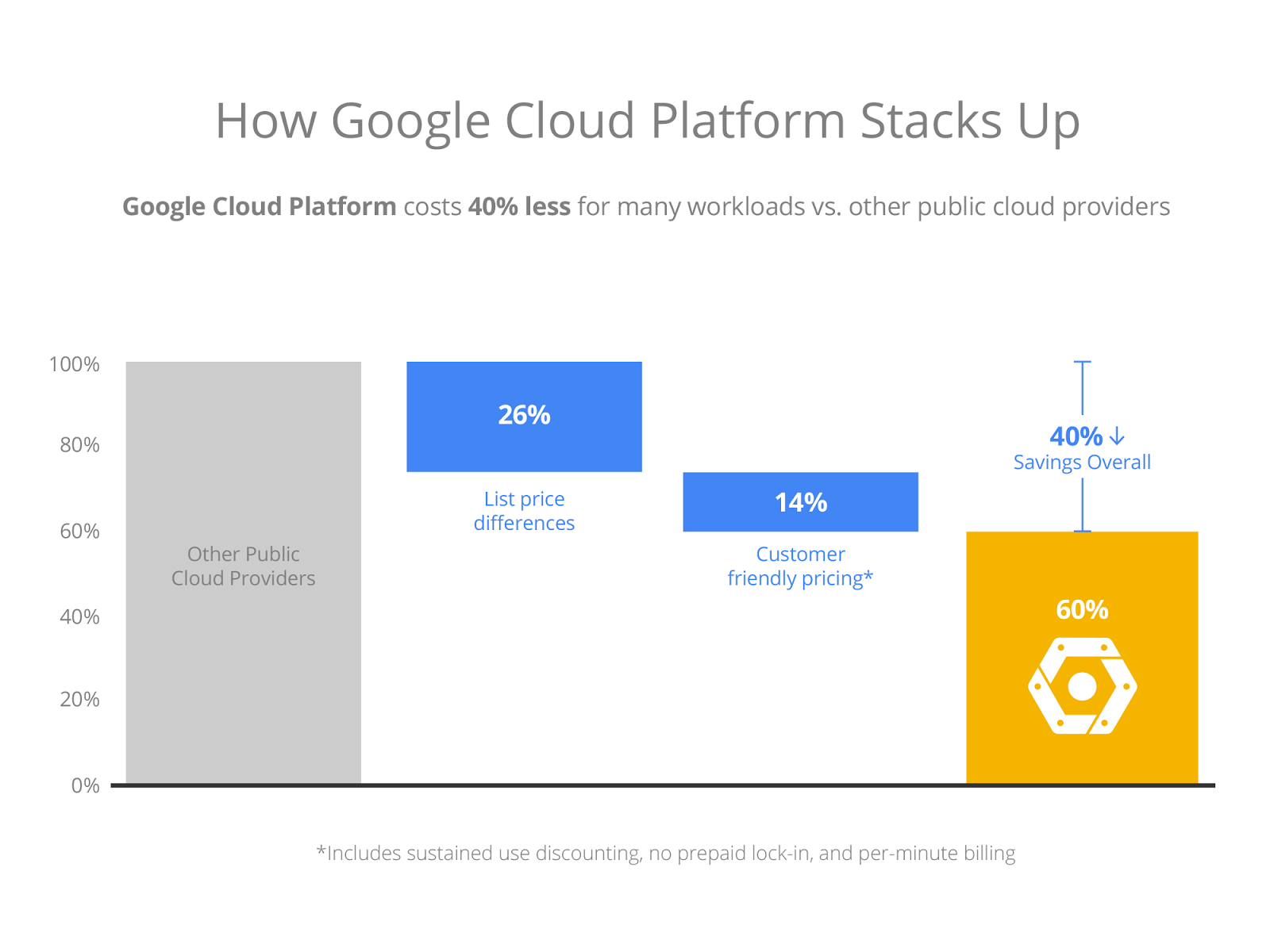 Many factors influence the total cost of a real-world application. You can explore how different combinations of development and production instances, as well as environmental assumptions, change the cost in Google’s cloud using its TCO tool.

Preemptible VMs are supposed to help slash costs even more for some applications. If a developer’s workload is flexible, Preemptible VMs will run short-duration batch jobs 70 percent cheaper than regular VMs ($0.015 per hour compared to $0.050 per hour), Google said.

They are identical to regular VMs except for one thing: Availability is subject to system supply and demand. Preemptible VMs run on resources that would otherwise be idle, allowing Google to offer them at substantially reduced costs. The company said they are a great option for workloads like Hadoop MapReduce, visual effects rendering, financial analytics, and other computationally expensive workloads.

In its announcement, Google once again underlined that Google Cloud Platform prices will continue to follow Moore’s Law. As is almost always the case, Amazon and Microsoft will undoubtedly counter with their own reductions, and the cloud war will only get more and more vicious.