The Google Slides update is the bigger of the two. For the feature to work, you’ll need an Android phone or tablet. Fire up Google Slides, tap the present button, and you’ll see an option to present to a Google Hangout video call.

You can then choose from the meetings that are scheduled on your calendar. You’ll also be given a quick view of who is on the call before you start presenting.

Because this is all in the Google Slides app, you can still use your Android device to control what’s happening in the presentation. Just like if you’re streaming Google Slides to a TV via Chromecast or AirPlay, you can advance slides, view speaker notes, and keep an eye on your pace with the built-in timer.

According to Google, the new functionality means your teammates, partners, and clients “can see your ideas, even if they’re on the other side of the planet.” That’s a bit of a stretch — presenting to video calls from the desktop has been done before in a variety of ways, not just by Google but by Microsoft as well. Still, being able to do so from a mobile device is a whole other story. 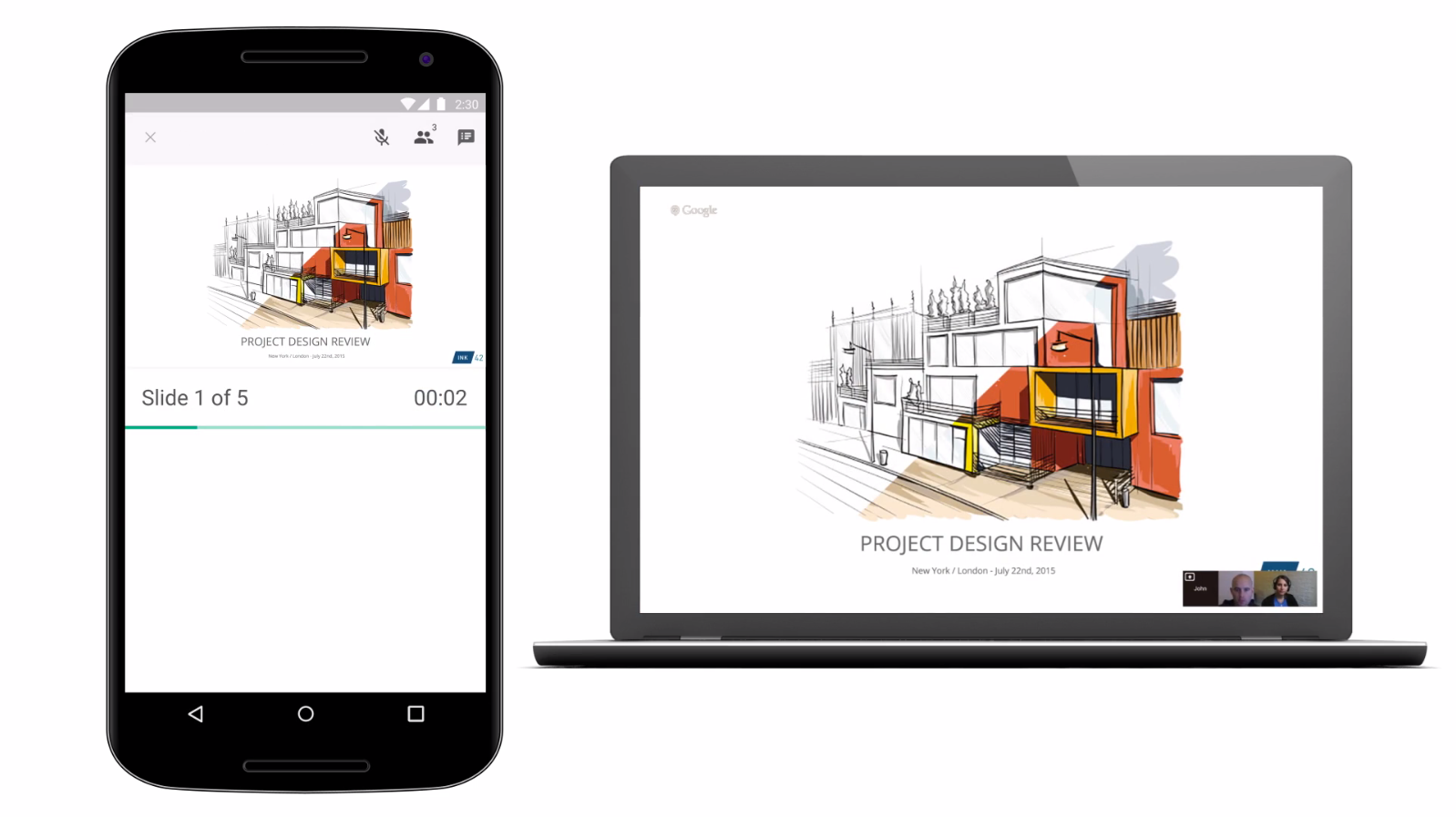 That said, it’s worth pointing out this functionality is only available for Android devices. Unlike with Chromecast and AirPlay support, Google Slides for iOS can’t stream to a Google Hangout, though when we asked when that will be the case, a Google spokesperson told us to “stay tuned.”

This isn’t a problem with the Google Keep app, since it simply doesn’t exist on iOS. Google Keep for Android now lets you easily export a copy of your notes to Google Docs.

If this sounds familiar, that’s because when Google Keep gained a slew of new features in March, this was one of them. While adding labels and setting up recurring reminders arrived on the Web and Android, the option to export notes to Google Docs was only made available on the Web. Now it’s available on Android too.

Both of today’s updates show how hard Google is working to consistently tie its various products and services together. It’s the best way to lock the user into an ecosystem: Make it very easy to use and move between them.