Google announced today that its Stadia Pro cloud gaming service will go live in 13 countries in Europe and the U.S. in November for a monthly fee of $10 a month. But the company will stage the rollout of its service, and today it is opening preorders for the Stadia Founder’s Edition at the Google Store. If you want this founder status, you have to pay $130 for a package deal.

With that, you get a Chromecast Ultra, a limited edition Night Blue Stadia Controller, three months of Stadia Pro service, a three-month Buddy Pass to bring a friend along for the ride, and dibs on selecting a Stadia name, said John Justice, vice president of product for Google Stadia, in an interview with GamesBeat.

Regarding the name rights, “I think a lot of people are going to care about this,” Justice said.

I told him I wanted to reserve “Dean the Machine.” (Actually, I don’t.) Google is setting itself up to grab some attention at the Electronic Entertainment Expo (E3), the big game trade show in Los Angeles next week. The company doesn’t have a booth there, but it will be showing Stadia during private appointments. 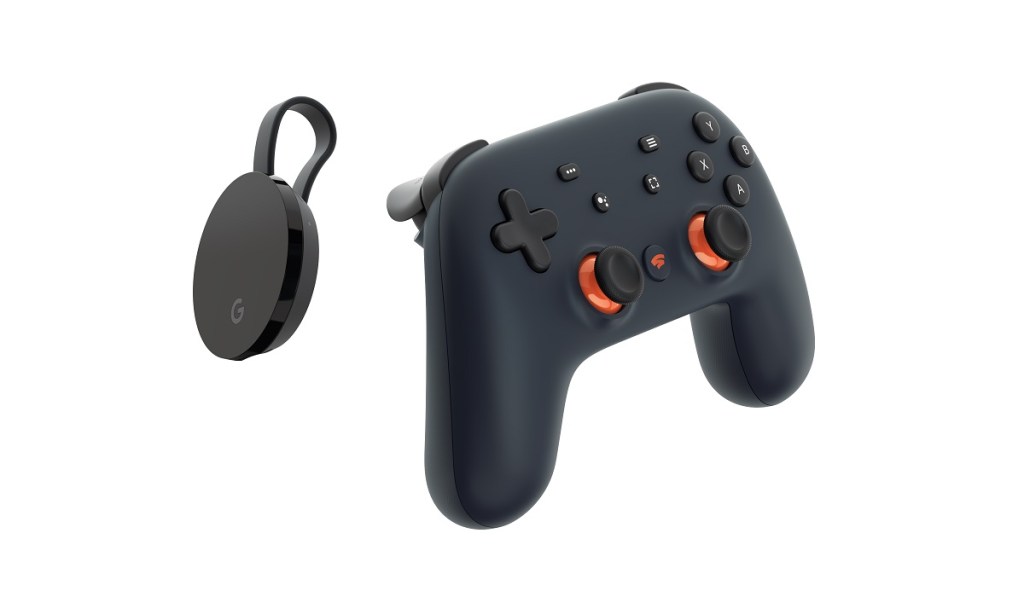 Stadia is the name for the game platform that uses different elements of Google technology, from data centers to hardware such as the Chromecast dongle and the controller. It brings together people playing games and watching games and lets you do it from wherever you are.

The service is $10 a month. The first is Destiny 2, which will include the base game and previous add-ons, as well as the upcoming Shadowkeep expansion and the annual pass.

“We have a whole bunch of titles that we’re going to be announcing with game publishers,” Justice said. “We’ll have additional games at E3 and more later. This is just the first batch we are coming out with. We will have Destiny 2, and all of Destiny 2.” 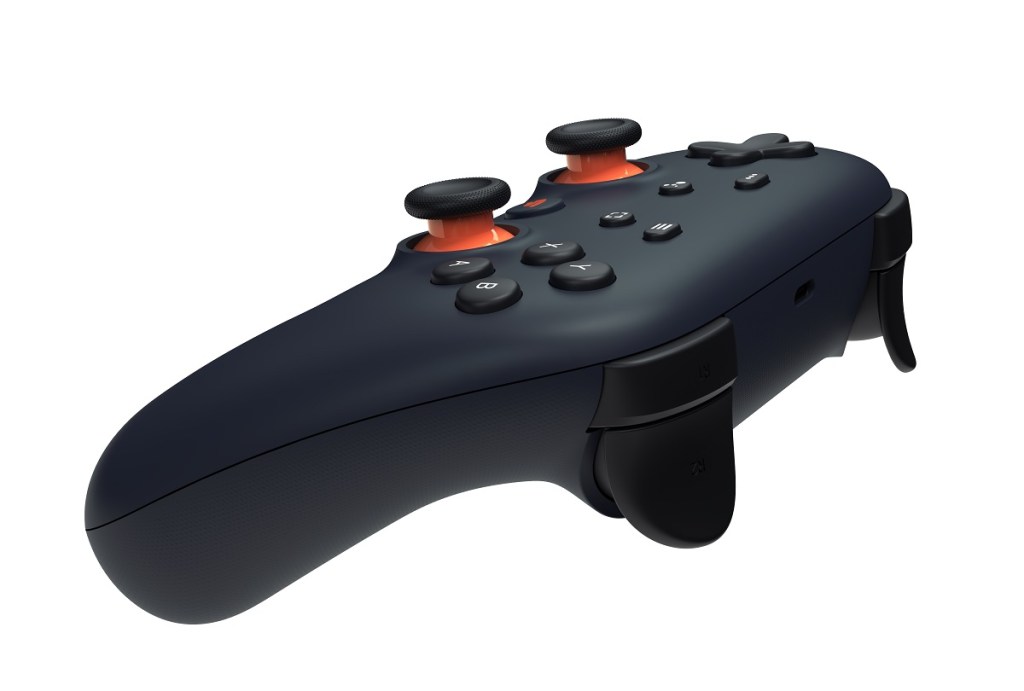 Above: Google Stadia controllers will sell for $70.

It’s not clear what other games will be free just yet. You can also buy games on the store. Those games are going to include dozens of titles, including Baldur’s Gate III, Doom Eternal, Mortal Kombat 11, and Assassin’s Creed: Odyssey.

While Google had the chance to exclusively announce Baldur’s Gate III, it does not have that game or most of the 31 titles on its list as exclusives. A couple of smaller titles are exclusive, but my guess is that Google has to worry about antitrust concerns in arranging for exclusives. The exclusives include Tequila Works’ Gylt and Coatsink’s Get Packed. 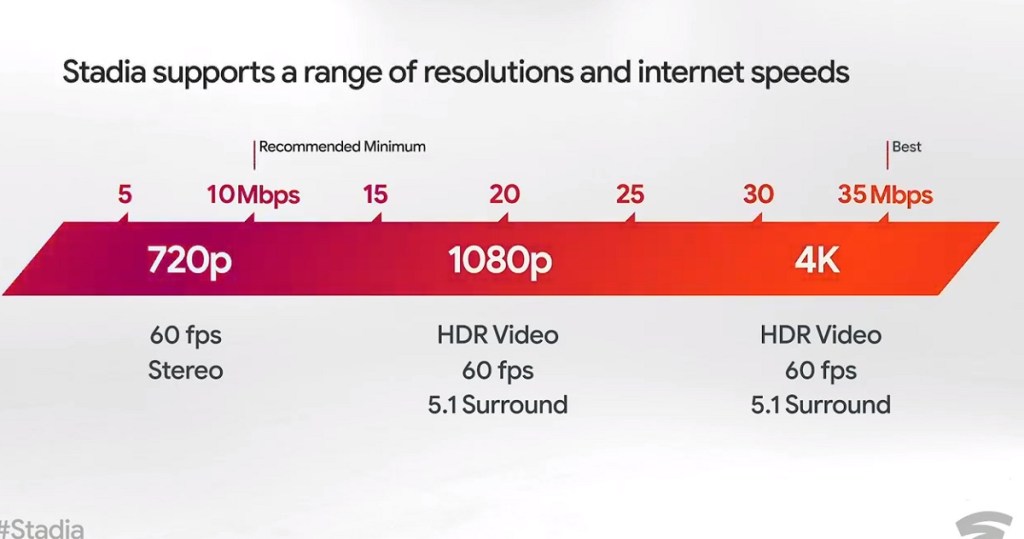 Above: Stadia supports a range of resolutions and internet speeds.

All told, 21 publishers are supporting the launch with games. Electronic Arts is on the list of supporters, but EA is not saying yet which titles will be on Stadia.

Google said the $130 package deal is a bargain as it claims it packs nearly $300 of value. The Founder’s Edition gives the first fans the highest quality gaming experience. After your three-month free subscription ends, Stadia Pro will cost you $10 a month.

As far as I’m concerned, this is the cheapest way you can play a game like Destiny 2 at home or anywhere. But the key will be for Google to keep offering free titles within the subscription to justify the $10 a month.

Ubisoft is a big supporter. It will contribute Tom Clancy’s Ghost Recon Breakpoint, Tom Clancy’s The Division 2, Just Dance, The Crew 2,
Trials Rising, and Assassin’s Creed Odyssey. In a demo of Breakpoint, Ubisoft showed four players online in the same Stadia game at the same time.

“Ubisoft is bringing several fantastic gaming worlds to Stadia at launch and we cannot wait to see players experience them on this game-changing cloud technology.” said Yves Guillemot, CEO of Ubisoft, in a statement. “Starting later this year, Stadia will bring players the possibility to share and enjoy even more memorable gaming moments wherever they choose to play. 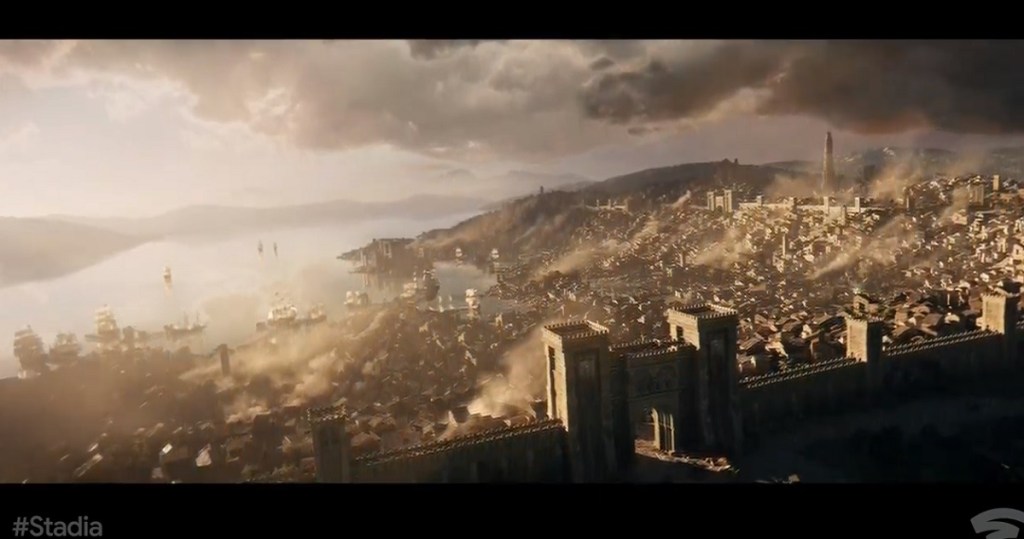 You can get Stadia Pro and the ability to play your favorite games across multiple screens (for those with a 4K TV, you’ll get up to 4K HDR resolution at 60 frames per second with 5.1 surround sound). But Google said it is not yet going to talk about the ping time, or the latency, or interaction delay, that will happen on the network. That will determine just how good the games will look on your screens.

If you want to pick up an extra controller for multiplayer games, for your laptop or just to keep a spare in your backpack, they come in three colors—Just Black, Clearly White or Wasabi—for $70.

As a founder, you’ll be able to access Stadia at launch this November in 14 countries: U.S., Belgium, Canada, Denmark, Finland, France, Germany, Italy, Ireland, Netherlands, Norway, Spain, Sweden, and the U.K. Google is working to expand to additional countries in 2020.

And if you don’t need 4K quality resolution, you can still enjoy some benefits of cloud gaming. For one, you no longer have to pay $1,500 or more for a gaming computer to play your favorite games. And since the game is computed in the data center and the video is passed back to your screen, you can play on old PCs, your TV, or mobile devices. And you don’t have to do any downloads, updates, or patches. 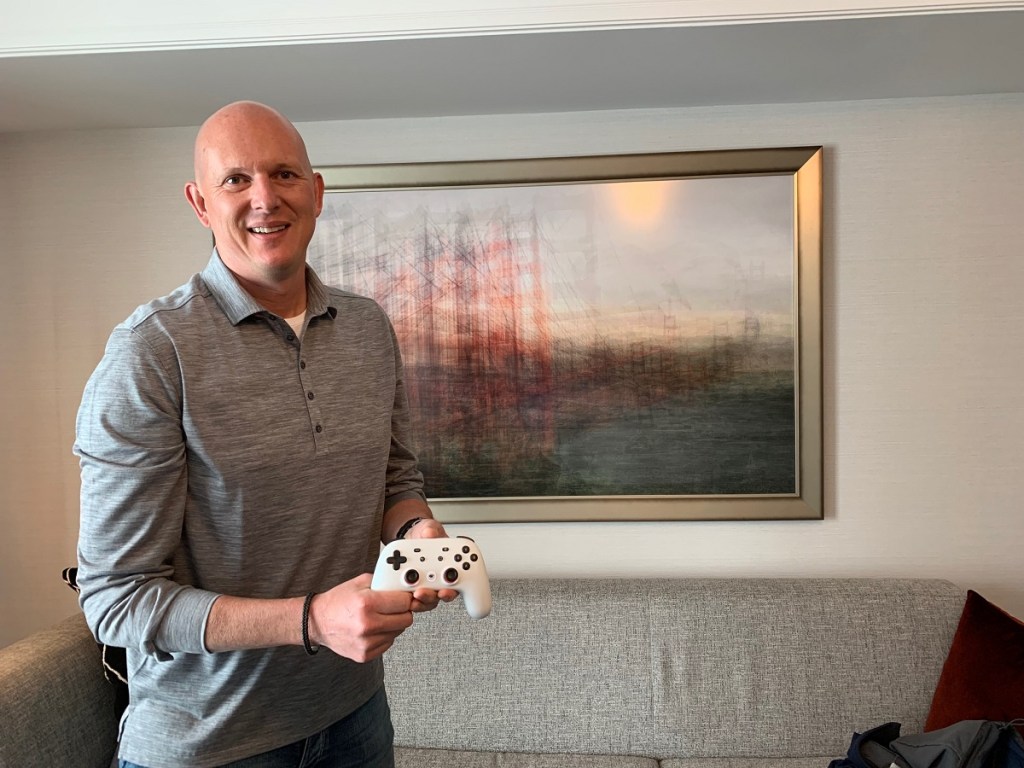 “Today, I have to download my games and wait for hours,” Justice said. “We are taking the cloud connectivity and giving you the benefits of it.”

Coming in 2020, Stadia Base is a free way to play any games you purchase on Stadia in up to 1080p resolution and 60 frames per second. With Stadia Base, you don’t pay the monthly fee, and you can choose to purchase individual games. You would still have to buy a controller.

Founder’s Edition is the only way to play Stadia in November. More games will be announced later this summer.

“You’re using Google’s data center as the platform,” said Phil Harrison, head of Stadia at Google, during the announcement.

If you are playing on a PC, laptop, or phone, you can play with a Stadia controller and those devices will connect over the internet as they normally do and eventually connect to the Google Cloud.

Asked why the company didn’t go for a global launch, Justice said, “We will go global as quickly as we can. Google is good at scaling.”

He said that Google’s own internal studio games (headed by developer veteran Jade Raymond) are not ready yet. Justice said the goal of the initial list was to be able to cover multiple genres that people want to play. He said that Google would include multiplayer games in its list of playable titles, even though those games might use more bandwidth than single-player games.

As for the phones that are available, the initial phone that will be able to play Stadia games is Google’s own Pixel 3 and the announced Pixel 3A, via a Stadia app. More phones will be added over time. Google will not be selling the Stadia devices at retail.