Google today began sending out the next update to Android 7.0 Nougat: version 7.1.1. Developers have had access to a preview of this release for the past few weeks, and now anyone can download it without being part of the Android Beta Program — but only on a select few devices for now.

The thing that’s interesting about this release of Android is that it lets more mobile devices take advantage of some of the fascinating features of Google’s own smartphones, the Pixel and Pixel XL.

For instance, now if you have one of the supported devices, you can try out the Moves set of features that were until this point exclusive to the Pixels.

When you pick up the device, it will show you your latest notifications, if you enable that feature. (Apple included a similar feature called Raise to Wake in iOS 10, but only some iOS devices support it.) You can also have your Android device open the Camera app when you push the power button twice, or double twist your device while in the Camera app to toggle between the rear-facing and front-facing cameras. Some of those things may sound familiar to people who have used older Android devices, such as the Moto X; now it’s at the operating system level.

Also, app shortcuts are here now and out of preview. By holding down an app icon while on the home screen, you can get quick access to different functions in apps. At this point the feature isn’t widely adopted beyond Google’s own Android apps, but if support for 3D Touch on iOS is any indicator, that should change over time. The same can be said for the new round app icons.

Support for image keyboards that let you send more content from the virtual keyboard is new in this update. And apps can now take users to a new settings screen that will make it easy to clear up storage space.

Additionally, there are new professional emojis. 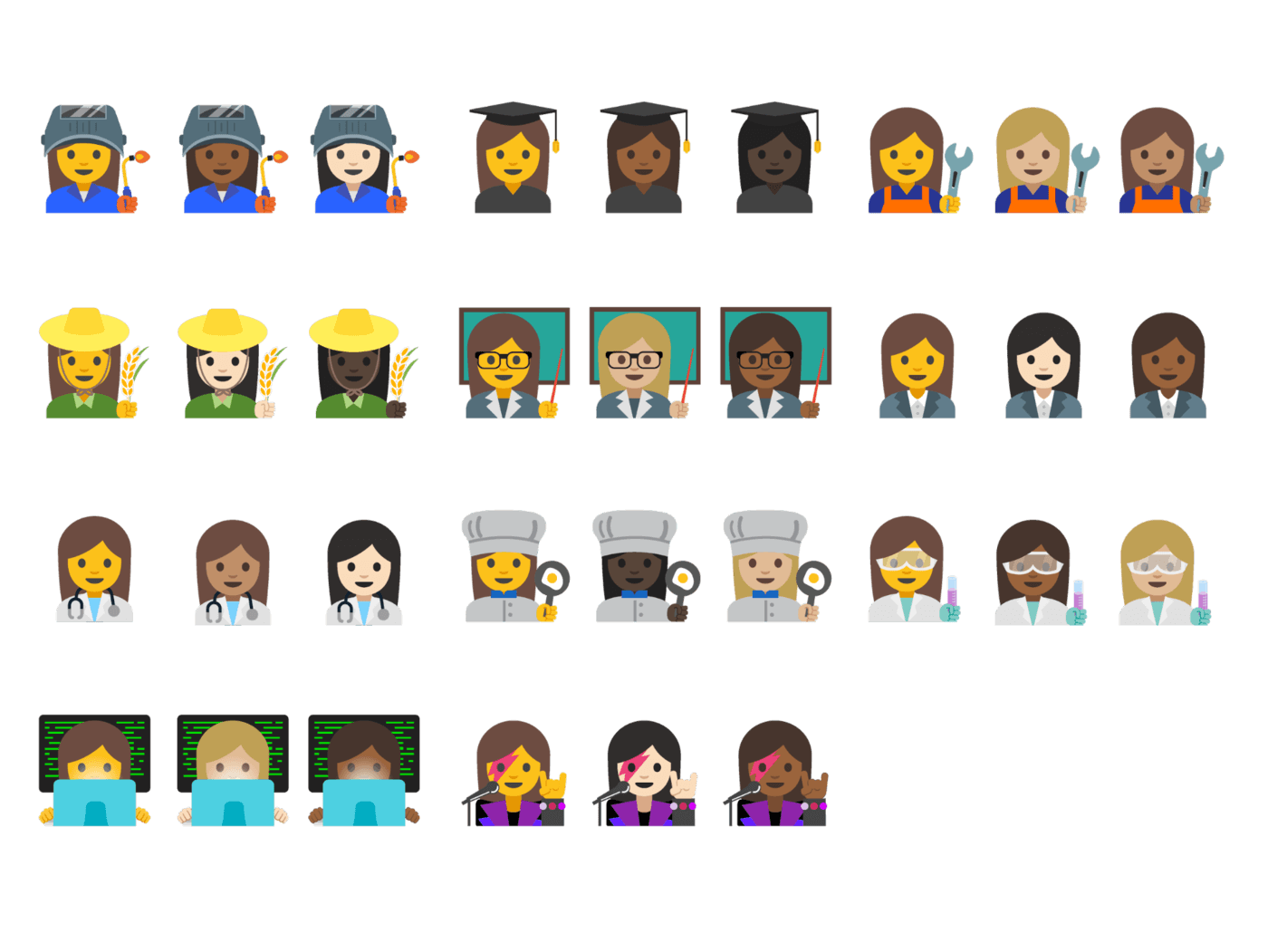 To get this release on one of the supported devices (Nexus 6, Nexus Player, Nexus 5X, Nexus 6P, Pixel C, Nexus 9, Nexus 9 LTE, General Mobile 4G/Android One, Pixel, and Pixel XL), you can just go to Settings > About phone > System updates to see if you can download the over-the-air (OTA) update. If you’re already part of the Android Beta Program, you should receive a notification when the update is available. To sign up for the Android Beta Program in order to automatically be alerted when OTA updates are available, you can go here.