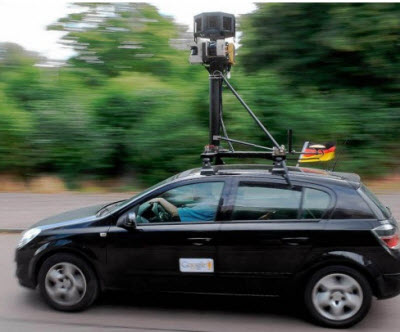 Google’s Street View cars are meticulously crawling the world, taking pictures of every street so that we can all be virtual tourists. But those cars won’t be doing that in Germany anymore.

Google has decided it will no longer launch “new imagery on Street View in Germany.” The decision suggests that the company will have to occasionally back down from its mission of digitizing the entire world’s information when it runs into privacy concerns.

The company told search blog Search Engine Land that its priorities have changed. A spokesperson said, “Our business priority is to use our Google cars to collect data such as street names and road signs to improve our basic maps for our users in a similar way that other mapping companies do.”

But the change may have more to do with objections raised by German officials and citizens. German officials objected as soon as Google said it would launch Street View in the country. Google agreed to let German residents opt out of having their buildings appear online. Some 250,000 Germans took advantage of that. That’s a lot of blurred buildings.

Google will still show existing Street View pictures for 20 German cities that are online now, but it won’t update those photos.