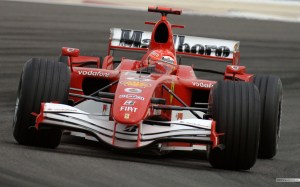 The changes were announced in detail late yesterday on the company’s official blog. Unlike many websites, Google’s engineers have proven yet again that interactive Web content can be made both better and faster. The two aren’t mutually exclusive.

To see the new suggestion features, which the company calls Google Suggest, type “venturebea” into Google. The popup auto-suggest panel will now place a site title, “VentureBeat,” and a blue link to venturebeat.com at the top of the popup panel of suggested searches. The company has also added pop-up suggestions to its results page. Google users who sign up for a personalized Google account will get customized suggestions based on their past searches. Some suggestions include ads, if Google’s targeting software calculates they may be what you’re looking for.

What makes the new popup suggestions impressive is that Google delivers them faster than I can type. The company has been criticized recently for what the New York Times dubbed a “tyranny of data” that trumps the supposedly superior knowledge and skills of professional designers. 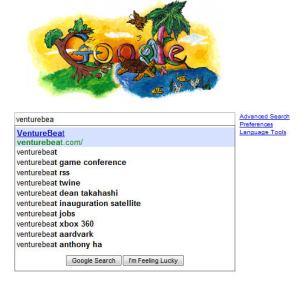 The truth is that Yahoo, Microsoft, and most other sites that can afford it now follow the same product design and development path as Google: They serve different versions of potential new designs to small, but statistically meaningful groups of incoming site users. These customers may not realize they’re being used as Internet lab rats. But their actions often predict reliably whether a proposed change will send business away, or attract more of it.

Any website producer who analyzes traffic stats quickly learns that a fast Web page draws repeat traffic. A slow page sends customers away, often permanently. So while it’s nerdy fun to play with Google’s new, more sophisticated search suggestions, it’s even more impressive to see how they’ve been optimized both for fast onscreen rendering, and for shortening the amount of time it takes to find what you’re looking for.