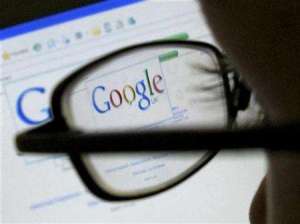 Google has released a report on how governments and police agencies are accessing information about web users.

By showing how many requests Google gets for user information — and exactly how many users and accounts are under some kind of surveillance — the company hopes to have a positive effect on public policies around government access to citizens’ online activities.

“All too often, policy that affects how information flows on the Internet is created in the absence of empirical data,” writes Google senior policy analyst Dorothy Chou on the company blog.

“By showing traffic patterns and disruptions to our services, and by sharing how many government requests for content removal and user data we receive from around the world, we hope to offer up some metrics to contribute to a public conversation about the laws that influence how people communicate online.”

During the first half of 2011, Google received a total of 5,950 government and/or police requests in the U.S. for information about 11,057 unique accounts, and it fully or partially complied with 93 percent of those requests.

Around the globe, Google received 15,506 data requests for 25,440 accounts and complied with about half of the requests, on average.

Generally speaking, these requests are made through appropriate legal, police and bureaucratic channels to get vital information about possible criminal or even terrorist activity. However, Google’s Transparency Report also shows interruptions to its services from various governments.

“By illustrating outages, this tool visualizes disruptions in the free flow of information, whether it’s a government blocking information or a cable being cut,” the company noted in the report.

And while Google does comply with lawful and justified requests to remove content or turn over user data, it sometimes pushes back against the governments making the requests.

For example, in India this year, Google fielded requests from police and government agencies to take down several YouTube clips showing protests against local leaders or using strong language to refer to religious leaders. “We declined the majority of these requests and only locally restricted videos that appeared to violate local laws prohibiting speech that could incite enmity between communities,” said the company.

In another case, Google denied a local police request to remove 236 Orkut communities and profiles. The content displayed there was critical of a local politician, but Google said, “We did not comply with this request, since the content did not violate our Community Standards or local law.”

In other cases, Google does not turn over user data for a variety of reasons. For user data requests from Russian and Turkish authorities, no data was given out, in fact.

Notably, in the United States, Google refused to remove YouTube clips showing police brutality. In these cases in particular, we are seeing how relatively neutral platforms such as YouTube can have great social impact depending on the intentions of the person posting the content and the integrity of the content host in keeping that content online.