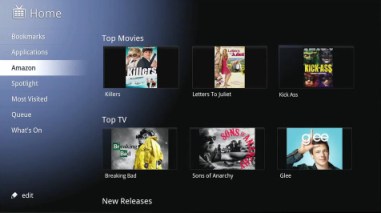 Google TV was supposed to be one of the stars of the show at the Consumer Electronics Show next month in Las Vegas. But the star just got the hook.

Sony and Logitech have already launched Google TV products, which allow users to view web video and other internet offerings alongside traditional TV. But Toshiba, LG Electronics and Sharp were supposed to join the party. Now Google has asked the TV makers to delay those introductions, according to reports in the New York Times, the Wall Street Journal and other publications.

Google wants to refine the software since the first offerings got weak reviews (including a lukewarm write-up from VentureBeat’s Devindra Hardawar). The delay doesn’t bode well for Google’s foray into consumer electronics, where it will face entrenched rivals such as the traditional cable companies as well as devices such as Apple TV and Microsoft’s Xbox 360 game console.

One of the problems is that Google still doesn’t have programming agreements with a number of content providers, who have blocked access to their shows. Google declined to comment about the delay.

“Our long-term goal is to collaborate with a broad community of consumer electronics manufacturers to help drive the next-generation TV-watching experience, and we look forward to working with other partners to bring more devices to market in the coming years,” said Google spokeswoman Gina Weakley to the New York Times.

The first Google TV-enabled HDTVs from Sony shipped for $600 for a 24-inch flat panel TV and $1,400 for a 46-inch TV. Both Sony and Logitech also offer Google TV set-top boxes between $300 and $400. The New York Times said Samsung appears to be the only new TV maker which will introduce a Google TV product at CES, which is expected to draw more than 126,000 techies to Las Vegas starting January 4. Vizio will privately demo a Google TV model, but not on the show floor itself.

Google TV has access to Netflix, YouTube or Amazon movies as well as regular TV. But NBC, CBS, ABC, and Hulu have blocked people from watching full-length shows on their web sites using Google TV. Google also brings its search function to the TV.