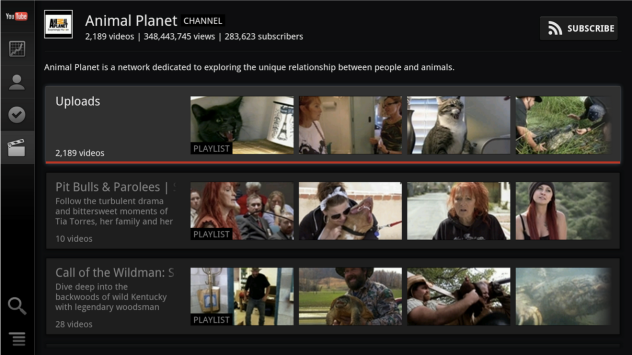 One of the best upgrades in Google TV 2.0 was the addition of a dedicated YouTube app — now, it’s about to get even better with an update set to launch this week.

The new YouTube GTV app will offer a smoother interface and a new feature called Discover that will (surprise!) make it easier to find interesting videos. Discover will be a particularly useful addition as Google readies its plans for YouTube original content, something that I’ve previously argued could be a killer app for Google TV if handled well.

Google is reportedly spending upwards of $100 million on its original content plans, which include shows by well-known personalities like skateboarder Tony Hawk, comedian Rainn Wilson, and self-hulp guru Deepak Chopra. The company wants to add more professional content to YouTube’s library, ultimately making it something more than a destination for user-created cat videos. Google is also offering a sweet deal to content creators: 55 percent of ad revenues (after it recoups its initial cash advances), the Wall Street Journal reports.

In addition to the Discovery feature, the new app has new channel pages that will also help with finding interesting videos, as well as the ability to easily find related videos.