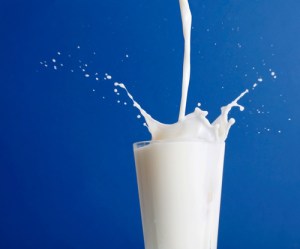 Google Ventures has invested $1.5 million into mobile application development studio Milk, the new project from Digg co-founder Kevin Rose. The investment is both strategic and pragmatic, and will help the startup to build out its team with top talent — an area where Google has always been strong.

“It’s been nice to able to ping them when we have certain questions, and to tap into the vast amount of experience they’ve had when building out Google,” Milk Founder Kevin Rose told VentureBeat.

Last week Milk Studios released its first app, Oink, an iPhone app that combines features of popular tools such as Foursquare, Instagram and Yelp to let users rank and compare everything around them.

Because Oink relies on location data to tag user recommendations to places, and is built on top of Google Maps, deeper integration with the company makes a lot of sense. But Google has its own mobile operating system, Android, and Oink is currently available only for the iPhone. Rose says he doesn’t foresee this as a source of conflict.

“If we’re happy with the traction that Oink is receiving in the next few months, then we’re ready to hop on board with an Android app,”  Rose says.

Part of the draw was Google Ventures operates independently from other parts of the company, and can make its own decisions. “Like with any good investor, they’re sitting there on the sidelines, and they’re there when you need them,” says Rose.

Beyond the money and recruiting heft, another area where Google can be a valuable partner is in helping Milk scale apps like Oink, and any others that may follow.

Prior to bringing Google Ventures on board as an investor, Milk had raised $1.5 million from a high profile list of angel investors, including Shervin Pishevar, Twitter co-founder Evan Williams and Dave Morin.