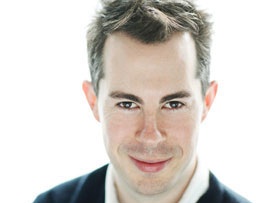 Google invited journalists down to its Mountain View, Calif. campus this morning to talk about its venture capital program. The big message: Now that it’s about a year old and has expanded the team from two to 11 partners, it’s ready to invest more money in more companies. The target for the coming year is $100 million total.

Reporters asked company chief executive Eric Schmidt and Google Ventures partners about the kinds of startups the firm is interested in, but they refused to be pinned down to a specific industry, trend, or stage of investment. It’s better to lead the firm into new areas than to jump on a bandwagon like mobile applications, Schmidt said. If anything, Google is more interested in investing in smart people.

“Eventually, venture returns are all correlated with the people you invest in,” he said.

The one distinction that Schimdt drew was that Google Ventures is a venture firm, not a private equity firm. So it wants to invest in risky, big-opportunity startups with disruptive technologies, not just anyone. And where Google often aims to be disruptive itself when it enters a new industry, Schmidt said the company doesn’t plan to rewrite the traditional venture capital model, which he called “a phenomenal achievement of America.” The financial structure on deals is pretty similar to other firms.

The big advantage that Google brings to the table, Schmidt said, is the team, both in the firm and in the larger company. All of the partners so far come from Google (although that’s not a requirement, according to Managing Partner Bill Maris, who’s pictured above), and they can also tap into the expertise of the company’s 20,000 employees.

“The average venture firm doesn’t have access to that knowledge,” Schmidt said. “That’s probably the nicest way to say that.”

In terms of how Google Ventures is structured, Maris said it raises a new venture fund every year. Google is the sole limited partner investing in the fund. Each of those funds has an investment target, but the firm can also invest a fund over multiple years. Google will fund pretty much any deal size, Maris said. If it thinks a startup is the next Google, it wants to put as much money in as possible. So far, the investments have ranged from $500,000 to tens of millions of dollars.

Schmidt and Maris also emphasized that Google isn’t approaching the venture firm as a stealth pipeline for its acquisitions. While the two divisions communicate, they’re run separately, and there’s no requirement that a Google Ventures company can’t sell to a competitor like Microsoft or Apple.

Trying to explain how Google Ventures operates in relation to the larger company, Maris said: “Google is like the sun, and we’re like one of the planets that orbit the sun. That gravity has a lot of influence.”

After the session, Maris did say that there’s one other type of company that he won’t invest in — “something that’s evil,” referring presumably to Google’s “Don’t be evil” slogan. For example, he said, he won’t invest in guns or tobacco.

Update: Google also announced a new investment at the press conference. The company is a mobile payments startup called Corduro. The size of the investment wasn’t disclosed.