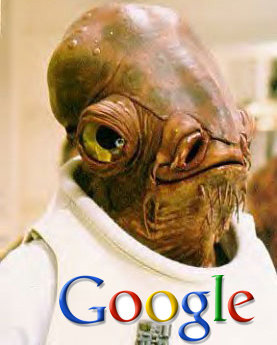 Google just doesn’t let up. The search giant fired a shot at Microsoft for the second time in two days over Android patent lawsuits after Microsoft responded last night with a series of tweets.

In a heated blog post yesterday, Google Chief Legal Officer David Drummond took aim at companies like Microsoft, Apple, and Oracle over many “bogus” patent lawsuits that had recently targeted the Android OS and its manufacturing partners. In response, Microsoft’s general counsel Brad Smith tweeted last night: “Google says we bought Novell patents to keep them from Google. Really? We asked them to bid jointly with us. They said no.”

Drummond updated his blog post today to respond to Microsoft’s accusation and confirmed that yes, Google was offered the chance to bid with Microsoft. But Google asserts co-bidding for patents was essentially a trap.

“It’s not surprising that Microsoft would want to divert attention by pushing a false “gotcha!” while failing to address the substance of the issues we raised,” Drummond wrote in the updated post. “A joint acquisition of the Novell patents that gave all parties a license would have eliminated any protection these patents could offer to Android against attacks from Microsoft and its bidding partners. Making sure that we would be unable to assert these patents to defend Android — and having us pay for the privilege — must have seemed like an ingenious strategy to them. We didn’t fall for it.”

But Alexander Poltorak, CEO of General Patent Corporation, says Google’s assertions are only partially correct, and that Google would not have been sued by Microsoft when it comes to Novell’s patent portfolio. Poltorak points out that companies in this position normally lay out agreements to make sure no companies undermine other members of the same consortium with respect to jointly owned patents. Of course, that would not stop Microsoft from suing Google when it comes to non-Novell patents.

“When Google declined to be part of the consortium to buy Novell’s patents, they opened themselves to possible attack,” Poltorak said.

Poltorak says the only course of action for Google now is to acquire a large amount of their own patents to protect themselves. If we had to guess, Google is probably looking to do just that.