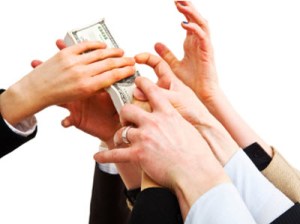 Google is working to create an online exchange where digital marketers can buy, sell and trade data on individuals, according to an Ad Age report.

Google deflected many questions we had about the service with a single, short statement.

“We’re working on a few initiatives with partners to improve the way that users, advertisers and publishers manage third party data, but there’s no single product or timetable,” according to a spokesperson.

“If our vision is a comprehensive one, it needs to contemplate data in addition to ad inventory,” Mohan told AdAge.

A person familiar with DoubleClick’s internal workings told VentureBeat that an imminent product launch is not in the works. At this point, Google still has much to do before it can introduce one or many products that can deliver this type of service to marketers.

The move could help Google re-establish itself as a powerful and innovative force in advertising. But it also could gain scrutiny from privacy advocates that are nervous about such a large scale of user data being traded.

The exchange, which AdAge claims is known internally as “DDP,” will connect marketers in such a way that they can sell wide swaths or small fragments of audience data to each other. It will also work with Google’s DoubleClick server to help online publishers sell their data just as they would sell ad space. The exchange will compete directly with companies that already sell user data like Targus Info, Claritas and Catalina Marketing.

The report notes that data providers plan to strip out identifiable information when they sell user data, but because Google will be connecting companies at such a large scale, the project will likely receive a close look from privacy advocates.

Berin Szoka, president of tech policy think tank TechFreedom, said the concept of this data marketplace is a great idea for helping ad-supported publishers. But he notes Google would do well to implement the product with strong privacy controls.

“Google has the potential to do this in a very privacy friendly way,” Szoka said. “The company has already built considerable transparency into how ads are served. Extending that framework to how data is exchanged could be a big win for privacy, especially if such a market facilitates enforcement of existing self-regulatory commitments. Doing this correctly is the best way for Google to prevent further government involvement.”