Talk about eating your own dogfood. While most businesses are still figuring out a way to use Google+, the search giant’s 50,000-plus employees are, unsurprisingly, making it an essential part of their workflow.

One example: Google employees participate in around 20,000 Hangouts a day internally, according to Chee Chew, Google’s vice president of engineering for real time communication in Google+.

Speaking at a Google I/O fireside chat this morning, Chew was responding to an audience member who asked if Google has figured out how to pitch Google+ to businesses (the implication being that businesses still aren’t clear on its utility). While Chew was quick to talk about how Google itself is using Google+, he didn’t directly answer the audience member’s question.

Hangouts’ 10-person group video chat ability is among the most compelling features in Google+ — so much so that Google is breaking out Hangouts as its new unified messaging platform.

Another panelist noted that Google itself is probably the single biggest user of Google Apps, which includes all of the company’s other services, as well as Google+. 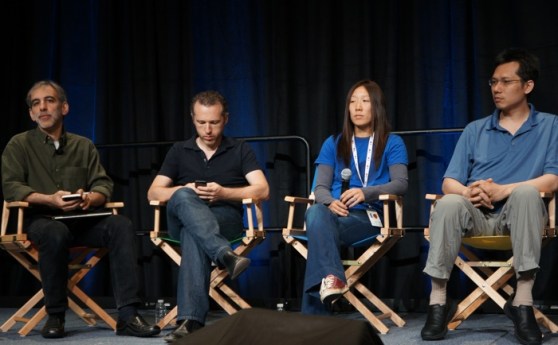