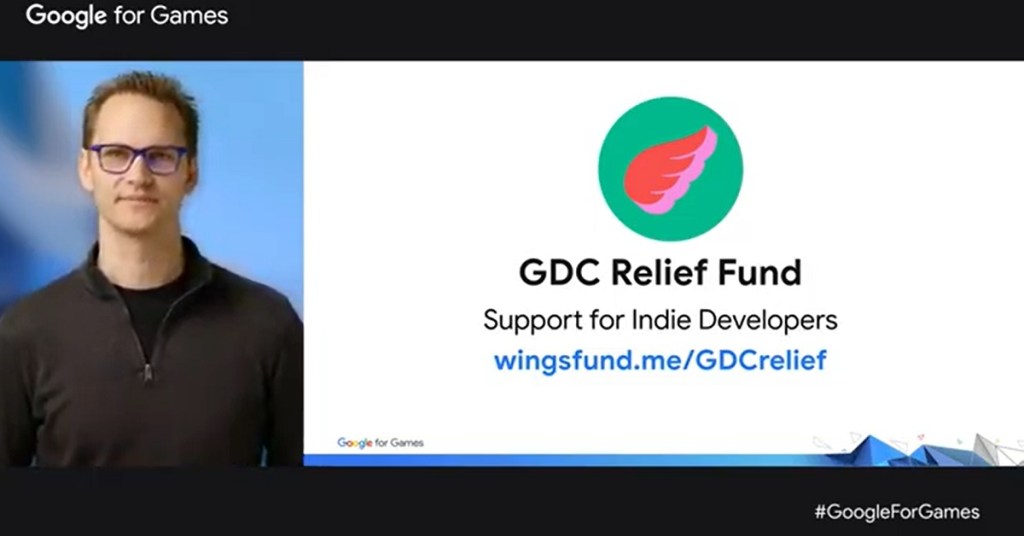 The Google Cloud is Google’s infrastructure of data centers and fiber optic cable connections around the world, enabling global cloud-based games such as those available with Google Stadia. Google has 22 regions for its infrastructure, with three more regions coming. The virtual machines for those datacenters run at 3.8 gigahertz. It also has data analytics, a private fiber network, and it has open-source gaming infrastructure solutions.

Electronic Arts’ Apex Legends used Google Cloud to handle huge demand, including one million players in eight hours and 50 million within a month. Google cloud tries to provide the stable backend so developers can focus on making and maintaining a game. Activision Blizzard recently announced a partnership with Google Cloud to service their games.

Above: Erin Hoffman-John of Google Stadia.

Lastly, Erin Hoffman-John spoke about Stadia’s progress. She noted that developers have shipped more than 30 games and launched more than 60 updates for those games. In setting up Stadia for the first time, it takes about four minutes to start gameplay. And if you’ve already set up Stadia, it takes nine seconds to start a game, Hoffman-John said.

She said that 120 games are coming for Stadia in 2020. On top of that, hundreds of titles are in active development, with companies such as EA, Ubisoft, Robot Entertainment, and a newly announced Splash Damage partnership.

“We showed you players interacting with your games in new ways through YouTube with features like crowd play,” Hoffman-John said. “In the last few months, we’ve delivered those API’s to many of you who are working to integrate and test them in your upcoming games  shipping this year. We showed you players watching videos about your games on YouTube and jumping directly into them in seconds. Later this year, we’ll roll this out globally for all partners.”