You might like these so-called free services, but we don’t think they’re worth having your email or your search history or now even your family photos data-mined and sold off for God knows what advertising purpose.

Spoken in Cook’s measured Southern drawl, those words were carefully selected to evoke uncertainty and disdain: Just imagine what some random person might be doing right now with your most personal information, or “sold off” images of your family! It would only get worse, he suggested, since people were starting to store “data about our health, our finances and our homes on our devices.” Over the past four years, the FUD pitch has continued with speeches, ads, OS icons, and dialog boxes, many implicitly accusing Google of selling out users for ad dollars.

At this year’s I/O developer conference, Google unambiguously pushed back on Apple’s FUD campaign with both words and demos. Alongside a New York Times op-ed suggesting that Apple was treating privacy as a “luxury good offered only to people who can afford to buy premium products and services,” Google CEO Sundar Pichai used his I/O keynote to do what Apple hasn’t done: make convincing cases for sharing small quantities of personal data to serve larger common goods.

The keynote included a variety of concrete restaurant-related innovations to show how Google’s machine learning services leverage user-submitted data. Thanks to a combination of OCR, photos, and search data, Google Lens can now automatically identify and translate a restaurant’s menu text, spotlight popular menu items, and show you images of the items. Machine learning algorithms let Google’s cameras produce impossibly clear food photos in dim light, and automatically calculate check-splitting and tipping from a photo of the bill. Duplex can even handle the phone call to automatically make reservations for you. 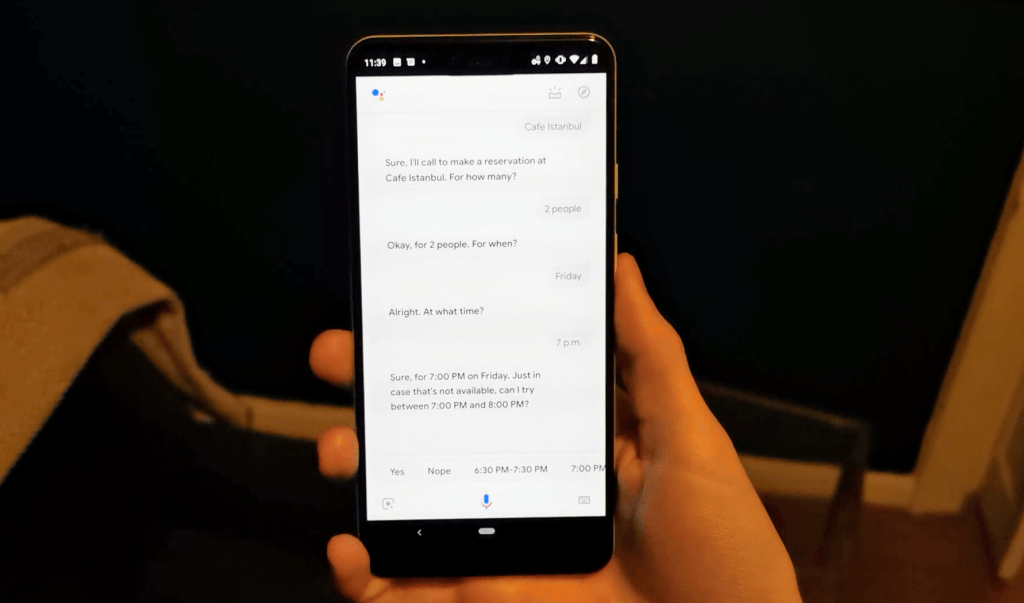 Above: The Google Assistant booking a table with Duplex.

These sorts of things are only a small subset of Google’s numerous I/O announcements, but they’re all using raw practicality to combat Apple’s privacy FUD. Given the convenience of automatic tip and check-splitting calculation, who really cares that a photo of a restaurant bill might be sent to Google’s servers? Sure, that image might be used to augment a secret profile of places where you eat, the types of food you like, the amounts of money that you spend, or how well you tip, but does any of that actually matter?

Some people may say yes, or fear other consequences, and that’s why FUD is such an effective marketing strategy for companies that are otherwise at competitive disadvantages. Over the past several years, Apple has used its deep privacy concerns to justify virtually all of the ways it has fallen behind Google in services, particularly in AI. If Siri doesn’t work, junk email floods your inbox, or there’s a charge for photo services, you can rest assured that Apple knows, but cares too much about privacy to have taken a cheap shortcut. Should a Google service look appealing, you should ask yourself if you really, truly, certainly know what you’re signing up for, versus Apple — an upstanding, transparent alternative.

It hasn’t helped Apple’s case that the reality is a lot more complicated than that; Apple’s own services, for all their vaunted thoughtfulness and safeguards, have had their own serious privacy problems. Raise questions about Google’s commitments to privacy if you will, but when people can listen in on whatever’s happening next to your phone just by making a Group FaceTime call, it’s hard to say whether one company’s policies are more concerning than another company’s “bugs.”

Rather than dodging the issue, Pichai used this year’s I/O to address privacy questions head-on. In his Times op-ed, he unsurprisingly said that Google brings services to “everyone” — low-income and high-income customers alike — by using “a small subset of data” to generate advertising revenue for itself and content creators. One can argue about the content of that data, but the ad-supported formula has sustained businesses for years, and is a highly viable way to serve masses of customers without pulling dollars directly from their wallets. Even Apple uses ads to subsidize certain parts of its business. So both companies are doing the same general things, even if they’re operating on separate scales, with different levels of ad dependency for revenues. 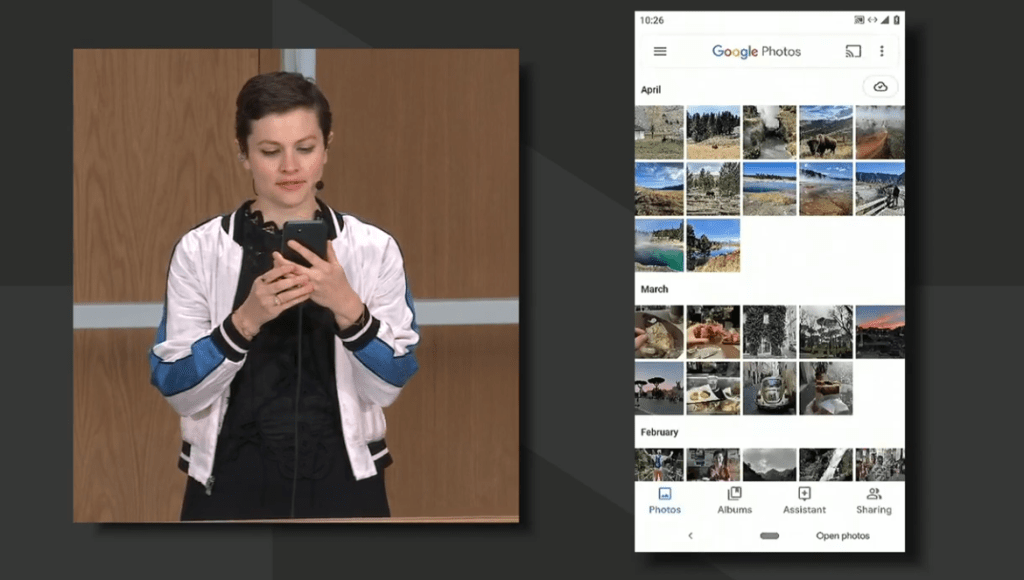 What has ultimately proved to be a winning strategy for Google is having services that are so compelling that privacy concerns begin to seem comparatively trivial. When everything “just works” as one might hope, with junk email getting properly filtered, spam calls getting blocked, or photos looking great without adjustment, people tend not to care as much about how it’s done. The more impressive and convenient those services become — like Duplex — the less people may care about their technical or data underpinnings. And by moving Google Assistant directly onto devices with less cloud server dependence, Google is further reducing privacy concerns … notably before Apple does so.

Back when properly tuned hardware and software were enough to do the trick, Apple used to be the best at getting potentially complex consumer electronic devices to “just work.” After this year’s I/O, there’s no doubt that convenient, AI-trained services are becoming increasingly critical to the next generation of CE devices, and that privacy concerns aren’t going to be enough to justify inferior performance for much longer.