Google’s Chromecast device for streaming media from “any device” to your TV had more support on Android when it launched a month ago, but now Google is throwing iOS owners a bone.

Google has just launched a new Chromecast app for iOS that allows you to more easily set up and manage your Chromecast. The app works for iPhone, iPad and iPod touch and can get your Chromecast set up with your home Wi-Fi network and manage settings.

While Google hasn’t done a good job of supporting smaller mobile platforms like Windows Phone, it has done a lot of work to offer most of its apps for iOS. Chromecast joins Google Maps, YouTube, Google Drive, Google Earth, and other Google apps that are available for both Android and iOS.

Chromecast costs $35 and very well could be Google’s first big media gadget hit. Why? It’s cheap and offers one of the most versatile streaming experiences, since you can stream from PCs or Macs running the Chrome browser, iPhones, iPads, iPod touches, Android phones, and Android tablets.

Take a look at a few screens of Chromecast’s app for iOS below. 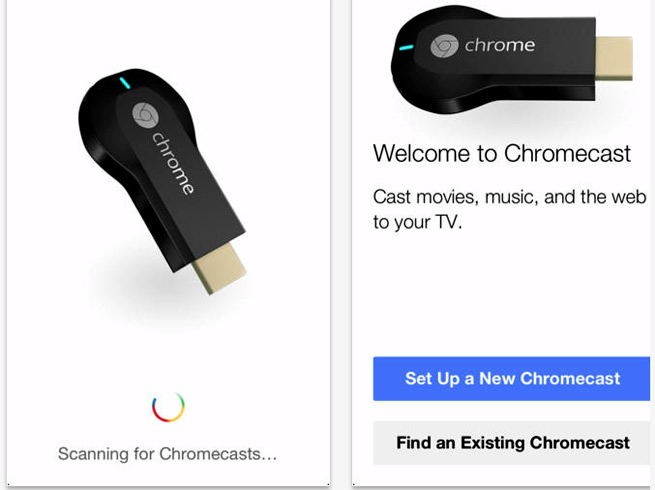 Above: Screens of the new Chromecast app on iOS