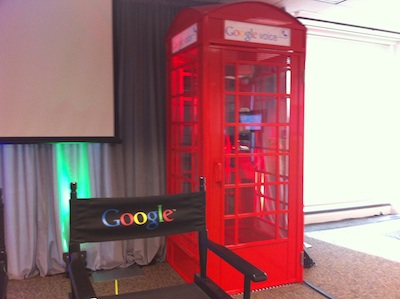 It looks like Google is getting a little old-fashioned to promote its Google Voice service. It is installing telephone booths with the classic red look in airports and universities.

Which airports and libraries? Google said it’s still finalizing the deals, with the goal of installing the booths over the next few months. It sounds like the plan isn’t to make these booths ubiquitous, but rather to pick a few key locations. Passersby should be able to pop in and experience “dead simple free calling,” no account required — though Google is obviously hoping some of them will be convinced to create Google Voice accounts afterwards.

The company has promoted itself in airports before by offering free WiFi. Google revealed this latest effort at a press event in its San Francisco office, where it also announced the ability to make cheap calls within Gmail — and free calls to numbers in the United States and Canada.