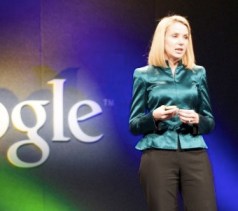 Marissa Mayer,Vice President of Search Product and User Experience for Google, may be changing roles and focusing on location and local services, according to Bloomberg.

Mayer started working for Google in 1999 and was the company’s first female engineer focusing on search. Now focusing on location, Mayer may bring some much-needed help to features like Latitude, a way for Google users to see where their friends are on their phone or computer. As Bloomberg reports, the most likely area of focus will probably be on getting local businesses to advertise, since 90% of the company’s revenue comes from online ads. She will also join Google’s elite operating committee.

Bloomberg also reports that Udi Manber, vice president of engineering for Web search, will be taking Mayer’s spot. Manber joined Google in 2006 from Amazon.com, where he oversaw the online retailer’s A9.com search engine.

Mayer may be wasting no time jumping into the location-based space. As reported by TechCrunch, Mayer appears to be actively using Foursquare, a major location-based mobile game that awards points and badges to users. Foursquare and Google have a contentious past: Its founder, Dennis Crowley, sold an early location-based service, Dodgeball, to Google, and then publicly criticized Google for failing to develop the service before leaving to build Foursquare.

Despite that history, Mayer has already unlocked the Newbie, Adventurer, Swarm, and Bender badges over the last couple of weeks.

Interestingly, the Bender badge is awarded to users who check in to venues on Foursquare for four nights in a row. Perhaps Mayer’s has been out celebrating her new role?