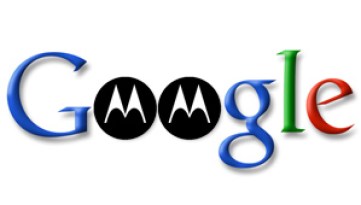 Google’s $12.5 billion purchase of Motorola Mobility will likely be approved by the U.S. Department of Justice next week, sources tell Bloomberg, but don’t expect Google to backtrack on Motorola’s contentious patent litigation tactics.

Purchasing Motorola will grant Google over 17,000 mobile patents in addition to the phone maker’s handset assets. Many had expected Google, which has historically argued against the trend of patent litigation from the likes of Apple and Microsoft, to use its newfound patent collection to defend against attacks from others.

But now that it’s more equipped to go on the patent offensive, Google is showing no signs of relaxing Motorola’s initial demands for patent royalties and harsh injunctions.

In a letter sent to the IEEE and other organizations yesterday, Google said that it endorses Motorola’s royalty demands of up to 2.25 percent for the price of entire products from Motorola and Apple, FOSS Patents’ Florian Mueller reports. That’s a particularly high royalty fee, and if applied to something like a car, it would end up costing manufacturers thousands of dollars per unit. Even worse, Google is taking a hard-line approach when it comes to injunctions, which could force other companies to stop selling products that infringe on Motorola’s patents. The only way to avoid injunctions, the company says, is to accept Google’s royalty demands.

All of this is certainly a far cry from Google’s promise to adhere to “fair, reasonable and non-discriminatory” (FRAND) licensing in the very same letter.

“If they [Apple] asked for 2.25% of the price of a baseband chip, they would at least propose a reasonable royalty base and one could then talk about how many patents go into such a chip and what the relative value of their patents is,” Mueller writes. “But 2.25% of the selling price of the product as a whole is absolutely out of step with the concept of FRAND and with industry practice.”

Right now Google’s stance on patent litigation seems more than a little hypocritical, so I’m hoping the company offers up some sort of clarification soon.