Google has unveiled a new architecture for the company’s web search, which it says will improve speed, accuracy and comprehensiveness.

The project, called Caffeine, has been worked on secretly by a large number of employees for several months, the company said in a blog post yesterday afternoon. Engineer Matt Cutts provided more information about the changes today, explaining that Caffeine is being worked on primarily “under the hood.” Short term, the company isn’t integrating much of the update into search results; instead it’s soliciting feedback from developers by offering a preview (do a search at http://www2.sandbox.google.com/ to get a look at the search results that are coming). Still, he did say this is the equivalent of “rewriting the foundation” of the company’s search infrastructure.

Some parts of this system aren’t completely finished yet, so that’s why the company wants feedback, it said. It’s looking only for feedback about the differences between Google’s current search results and the new ones.

The company provided few clues about the changes. In its blog post, in fact, it merely restated the obvious, i.e., that to build a great web search engine, you need to:

All of these I’d long assumed Google was focusing on.

Cutts told SearchEngineLand that the changes are “primarily in how we index.”

The changes come after Microsoft has upgraded its own search engine offering with user-interface changes, in a new product called Bing. While Google suggests its update is only infrastructure related, the changes do clearly impact the user interface. For example, the newer version of Google seems to downplay images in this search for “Cancun,” removing a set of images from the middle of the results page entirely. This, in turn, means that news items are given more visibility (they move up). 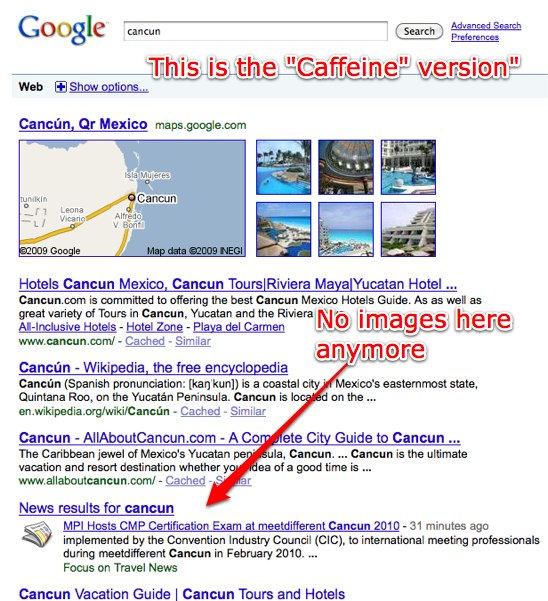 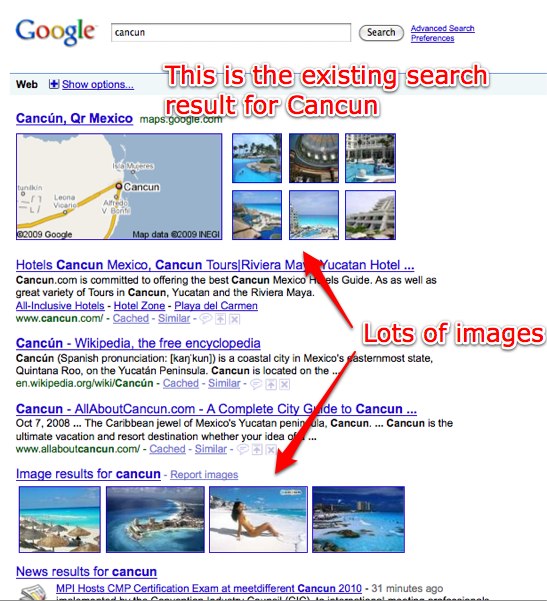