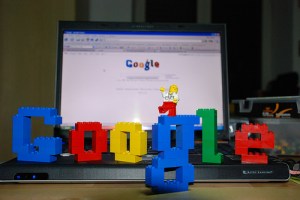 The economy has been chewing up tech companies left and right, but tomorrow (Thursday) will reveal the quarterly fate of one of the industry’s biggest — Google. After a Wall Street-beating fourth quarter, the Mountain View, Calif.-based search giant will release its first quarter financial earnings to an undoubtedly anxious market.

Though the company is known for solid revenue growth (Q4 beat estimates at $4.22 billion, or $5.10 per share), the attention paid to Google’s Q1 is completely understandable. As the current leader in search, online advertising, and owner of destination sites like YouTube, Google’s performance should shed light on the fate of competitors like Yahoo and Microsoft. And while analysts are still cautiously optimistic about tomorrow’s numbers, warning signs like a recent dip in U.S. search activity, three rounds of layoffs, and a host of scuttled projects like Dodgeball and Jaiku can’t be denied.

The big question is how these elements affect the bottom line. While Google’s layoffs and project shuffles have garnered gloomy outlooks, analysts like Jefferies’ Youssef Squali point out that they’re also savvy moves for protecting the company’s margins. This could be good for Google, saving the company as much as $450 million this year, according to projections from J.P. Morgan analyst Imran Khan.

Of course, cost-cutting can only go so far to protect quarterly losses in other areas. Like previous years, Google’s Q1 performance will largely be at the mercy of its advertising revenue. Though this branch of the business has held strong with products like AdSense, web analytics firms like comScore have shown U.S. search activity taking a dive during the early months of Q1. As the search market advertising leader, this is expected to put a damper on Google’s stellar earnings record. Google generates almost 97 percent of its revenue from advertising. There’s speculation as to exactly how hard this will hit Google, but industry estimates currently put the company somewhere around a three percent overall decline compared to the same quarter last year, and a 14 percent drop from Q4. It’s worth mentioning that even a modest decline like this would represent the first sequential loss for the seemingly impervious Google.

In addition to search-ad revenue, the financial solvency of YouTube is also murky. This isn’t too surprising given Google CEO Eric Schmidt’s admission that the video site is a “loss-leader.” However, analysts at Credit Suisse predict the site will lose a whopping $470 million in revenue in 2009 due to its lackluster ad performance and rising licensing/hardware expenses. Google’s Q1 performance will likely project a portion of this loss, but with a little bit of a silver lining. As the web’s premier video destination site, Google will undoubtedly tout YouTube’s steadily increasing traffic figures, if not its recently penned full-length content deals. YouTube’s influx of premium content, along with projections of online advertising’s eventual growth could bode well for the site’s outlook (and Google’s pockets) beyond 2009, but for Q1 it’s likely to maintain its “loss-leader” status.