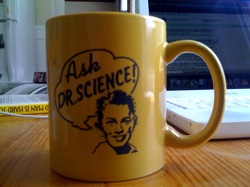 President Barack Obama just brought leaders of two tech giants on-board as advisers to his administration: Google chief executive Eric Schmidt and Microsoft chief research and strategy officer Craig Mundie have both been appointed to the President’s Council of Advisors on Science and Technology.

Bringing on executives from both the king of traditional software and the company that’s been at the forefront of of web-based innovation seems like a no-brainer for any group that has the word “technology” in its title. Still, it’s nice to see their presence in a team that consists largely of scientists (not that there’s anything wrong with that). This should also reassure anyone who was worried that Obama won’t give enough weight to Silicon Valley and the tech industry. On the one hand, Obama already appointed venture capitalist John Doerr and Oracle President Charles Phillips to his Economic Recovery Advisory Board, on the other he chose Virginia Seceretary of Technology Aneesh Chopra as his chief technology officer, a position that many Silicon Vally execs, including Schmidt, were rumored to have been under consideration for.

So what will the council be advising Obama about? The description seems pretty broad: “PCAST is an advisory group of the nation’s leading scientists and engineers who will advise the President and Vice President and formulate policy in the many areas where understanding of science, technology, and innovation is key to strengthening our economy and forming policy that works for the American people.”

Note that the description doesn’t say anything about business people, just “scientists and engineers.” Other council members include experts on climate change, geriatric medicine, and computer science; it will be chaired by John Holdren, the Director of the White House Office of Science and Technology, Eric Lander, one of the leaders of the Humane Genome Project, and Harold Varmus, President and chief executive of the Memorial Sloan-Kettering Cancer Center.